A while back, I posted a "Galactic Mermaid" look using the Lorac Pro Palette 2. Honestly, the only thing about that post that was really mermaidy were the nail strips I just so happened to be wearing. However, today I did a look that could truly go either way! This look would be great for either a mermaid or alien costume. So without any further ado, let's get started! 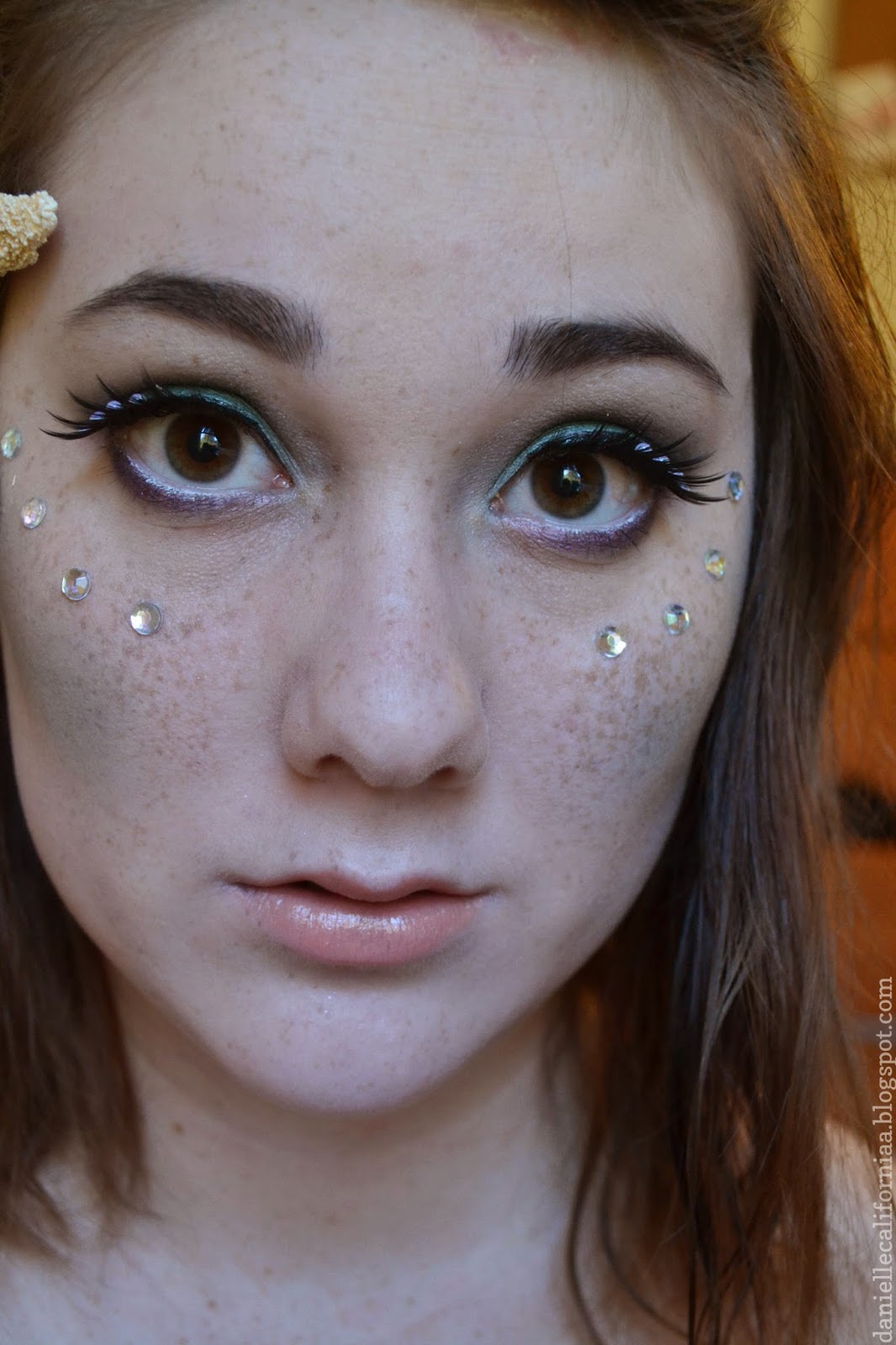 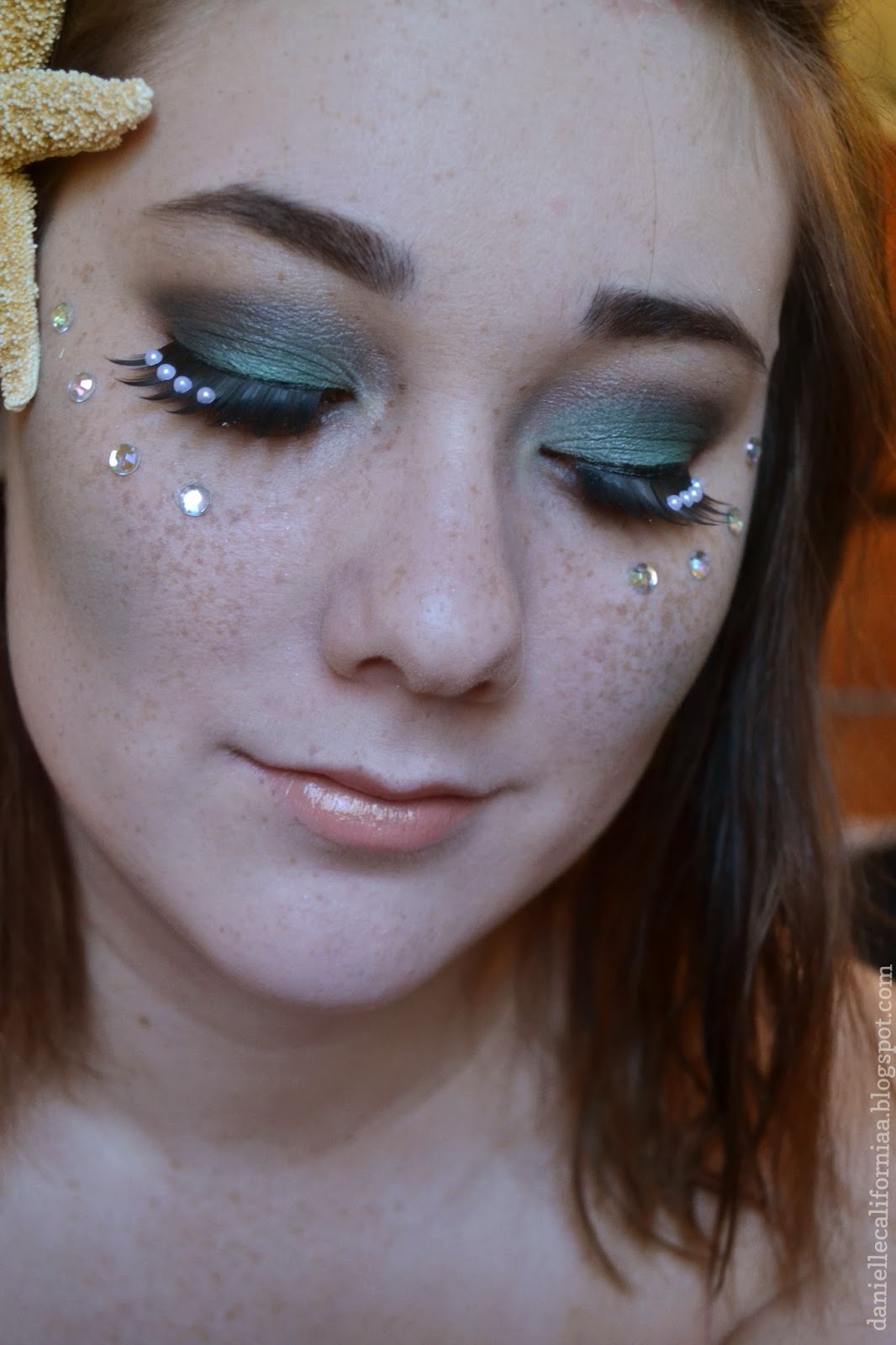 Initially when I did this look, I was definitely aiming for the mermaid idea, hence the starfish hair clip! 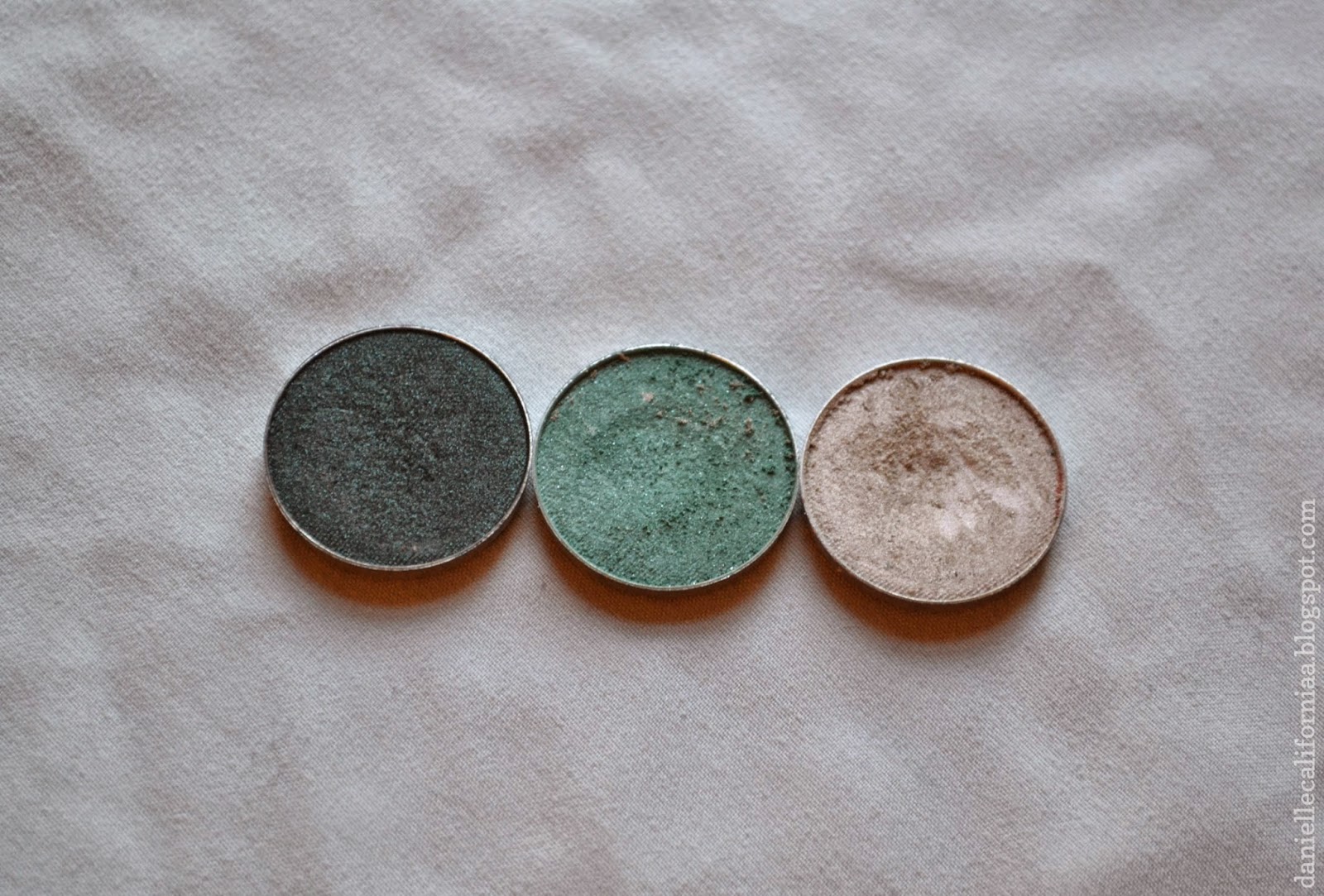 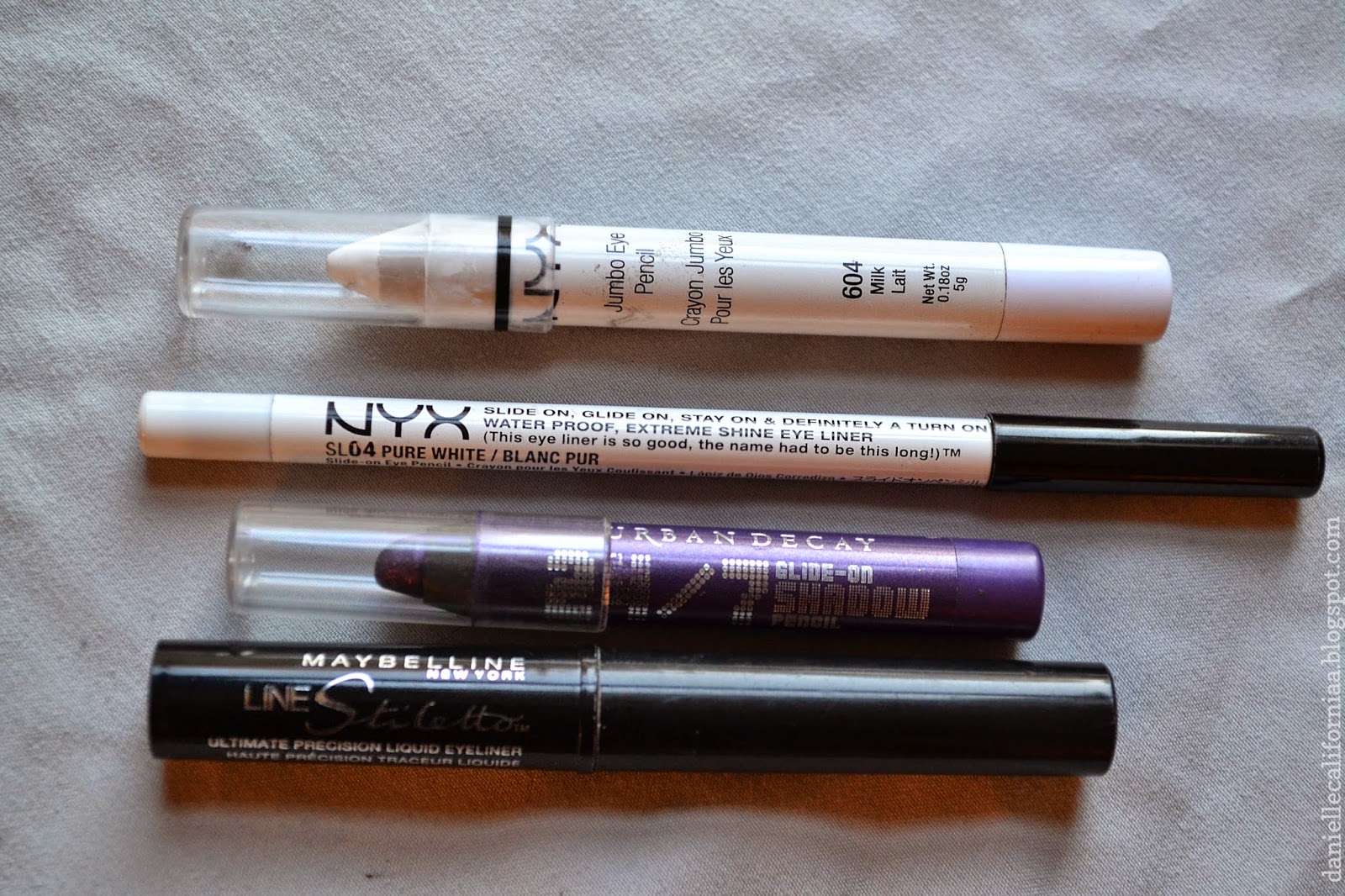 Before applying any foundation, I began with the eyes. I laid down a thin layer of the NYX Jumbo Eye Pencil in "Milk," using my finger to blend the product out, Then, I took the Makeup Geek shadow in "Sea Mist," and patted this all along the mobile lid. I continued patting the shadow to really help build up the intensity. Then, I took the Makeup Geek shadow in "Envy" and used this color to really deepen the crease. After I was happy with the intensity, I took a clean blending brush to help blend the colors seamlessly, reapplying "Sea Mist" as necessary to keep the color vibrant. Finally, I applied the Makeup Geek shadow in "Rockstar" on the inner third of the lid, as well as the inner corner and the brow highlight.

To add some more variety to the look, I applied the Urban Decay 24/7 Glide-on Shadow Pencil (which is discontinued, but essentially just a chubby stick version of the original Glide-on Liner Pencil) in "Delinquent." I also lined the inner water line with the NYX Slide On Pencil in "Pure White" to give me an innocent, doll-like appearance.

Since I wasn't exactly going for the "natural" look, I used the Makeup Geek shadow in "Envy" to fill in my brows. This is a very subtle touch, but in the right light, it is noticeable! From here, I just applied a few coats of mascara to both my upper and lower lashes. 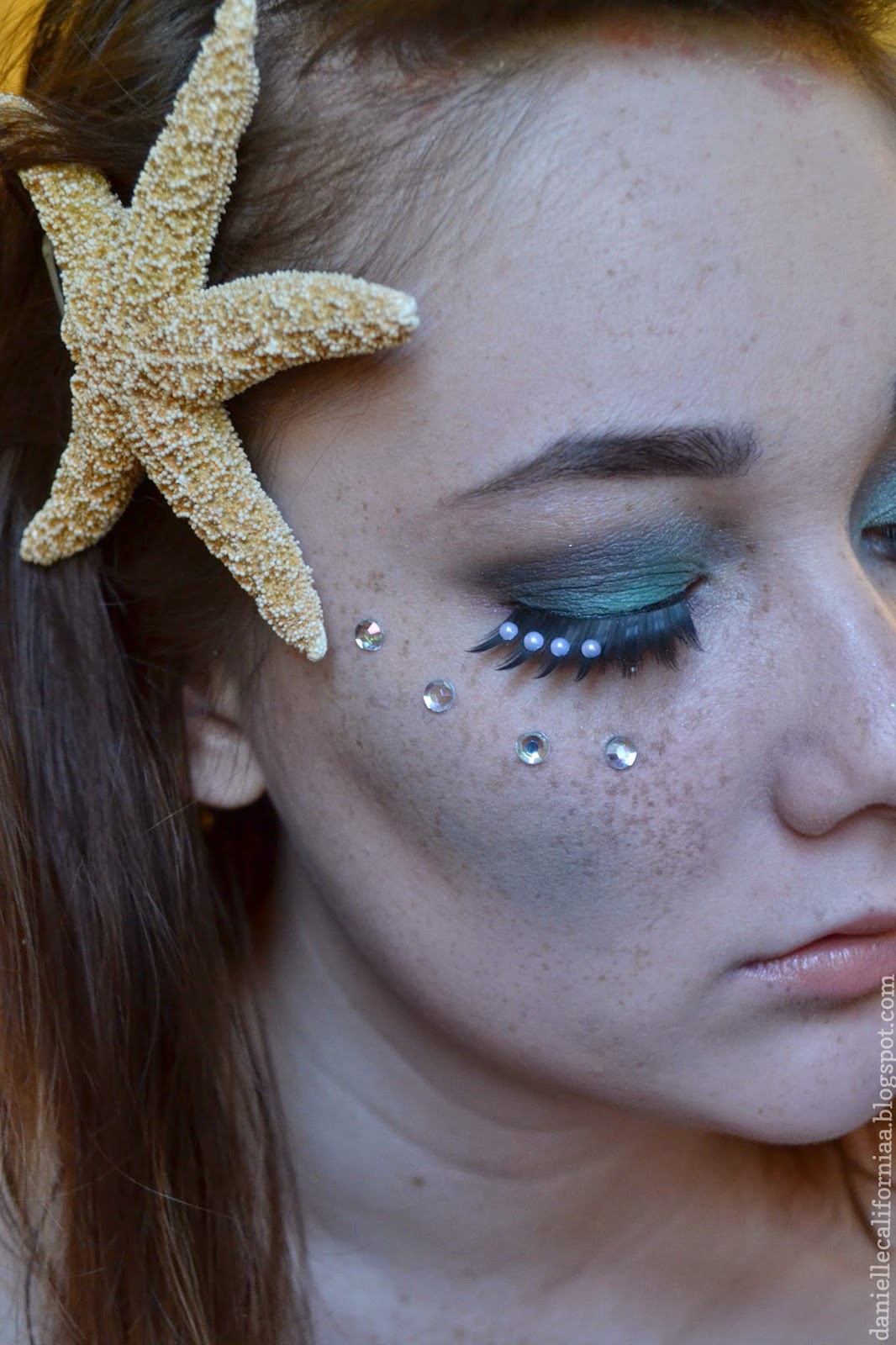 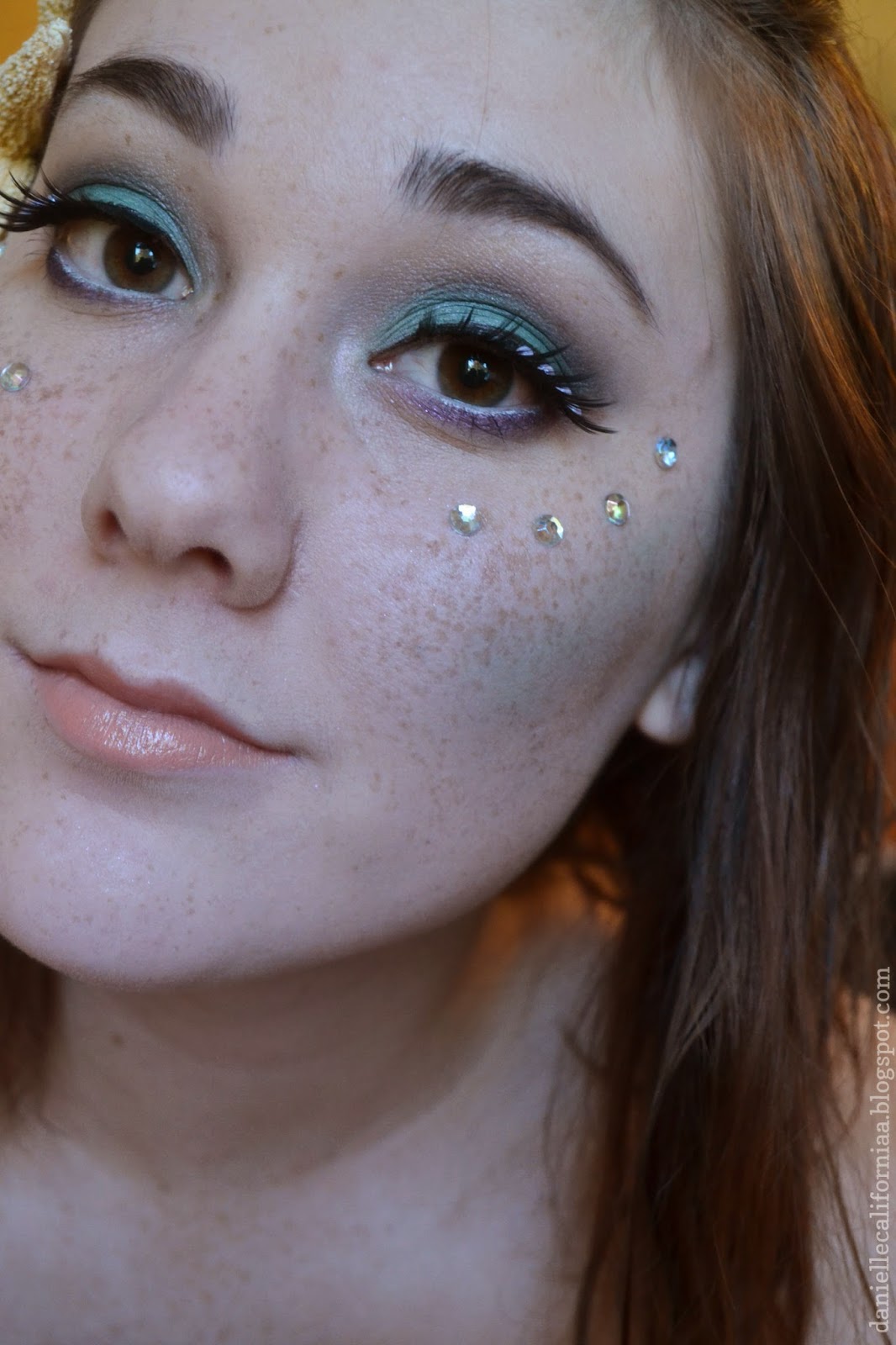 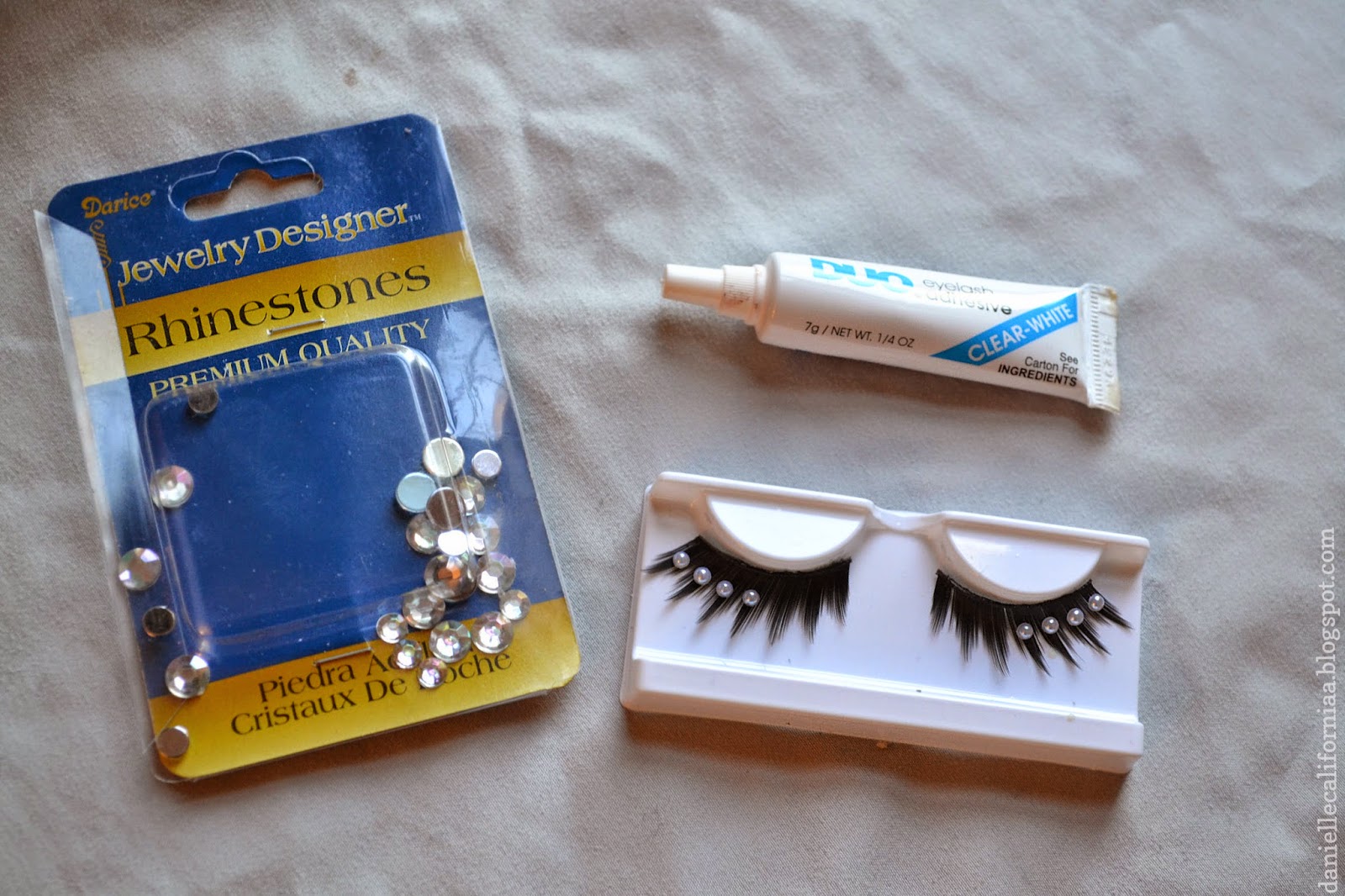 For the skin, I applied my foundation as usual. Since I used a blue-green shadow on the lid, I really made sure to brighten up under my eyes with concealer to assure that I didn't give myself a blue-ish tone to my undereyes. From here, I moved on to the rest of the face, which was actually pretty simple.

For the gems, I used these rhinestones that I bought from Joann Fabrics and Crafts, and applied them where I would normally apply my cheek highlight, using Duo Clear-White Lash Adhesive. Then, I applied these amazing lashes that I found at Walmart (which I seriously wish I could find online), that had these beautiful pearl accents. For my cheeks, instead of applying a traditional blush, I used the Makeup Geek shadow in "Sea Mist" and applied this the way I would a normal blush. Another great thing you could do is use a piece of lace as a stencil to create a scale-like effect on the cheeks, but unfortunately I couldn't find a piece of lace that I was happy with. 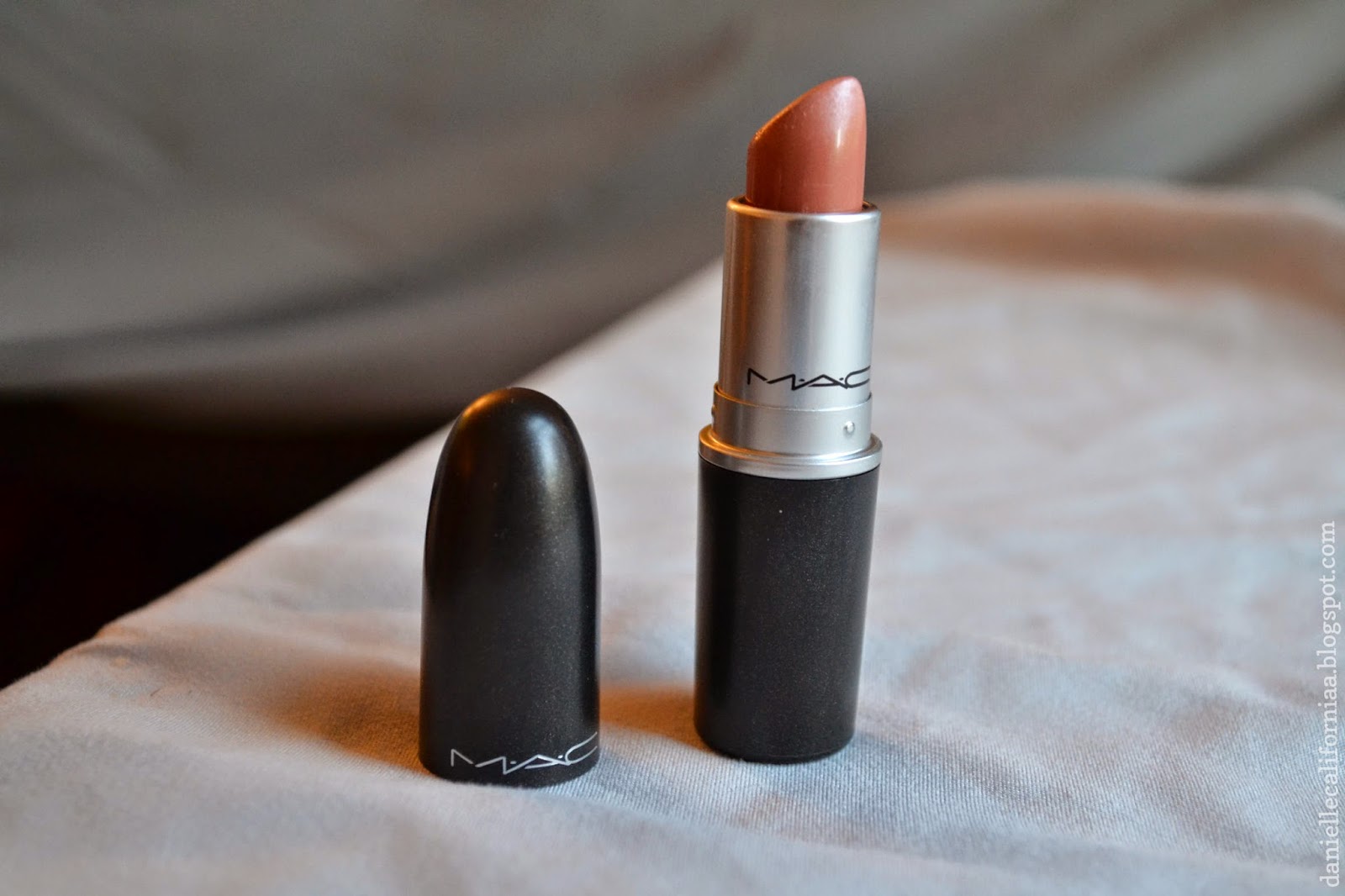 Finally, on the lips I applied MAC "Shy Girl," for that natural, nude look. However, if you decide to turn this into an alien look, I would recommend going with something like Kat Von D "Poe" or even something like the Urban Decay liner that you used earlier!