So this post doesn't really have anything to do with a snow day other than the fact that I was basically cooped up in my apartment for 36 hours because we had a snow day and my car isn't prepped to be driven in snow...Of course, North Carolina, being a part of the South, doesn't really get a lot of snow, so ANY snow seems to be a lot. I don't think our roads were cleared until almost 24 hours after the snow had begun. Now everything is just icy and frigid, and after being cooped up for 36 hours, I decided I needed to get some of my creative juices flowing! 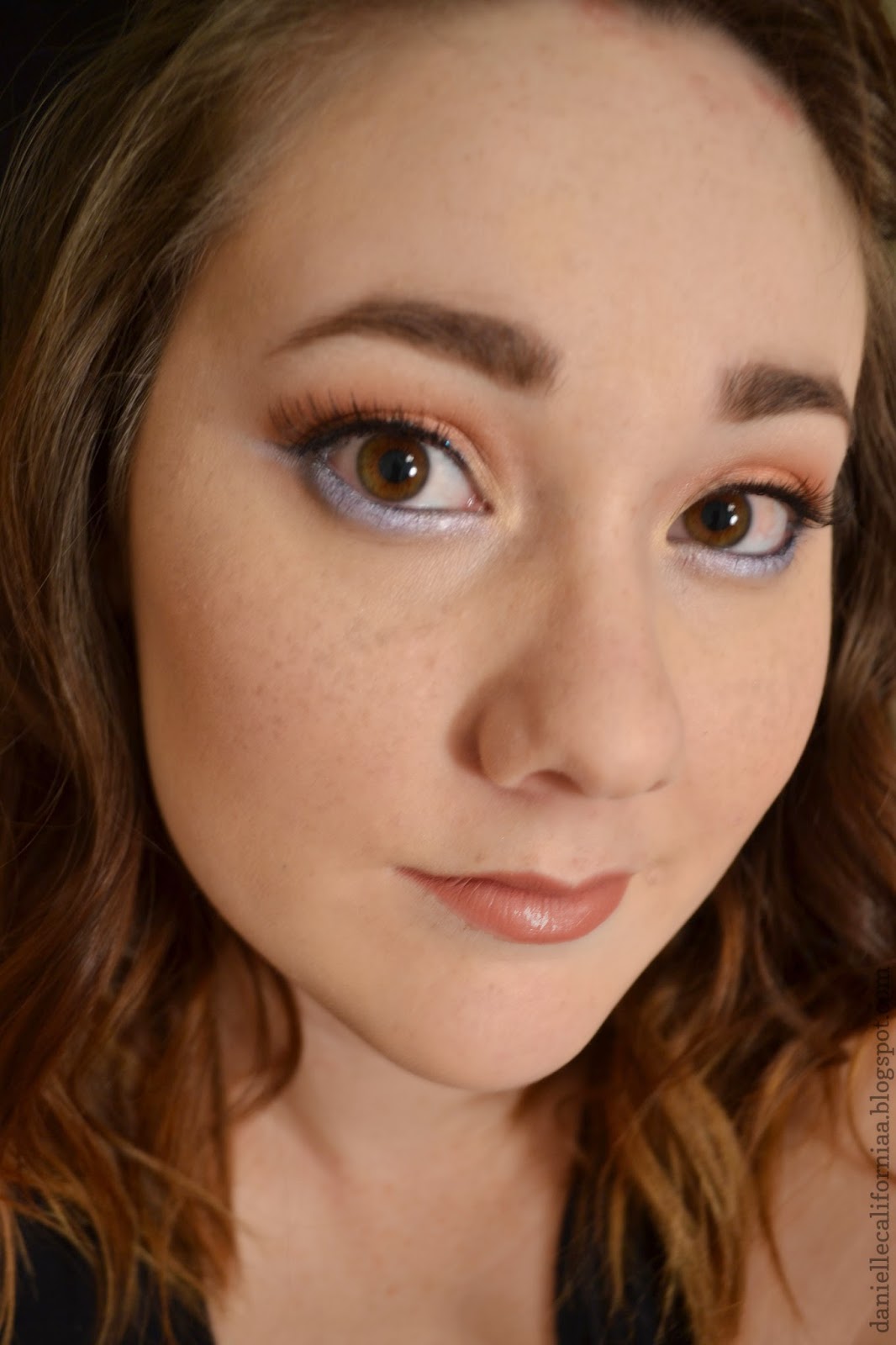 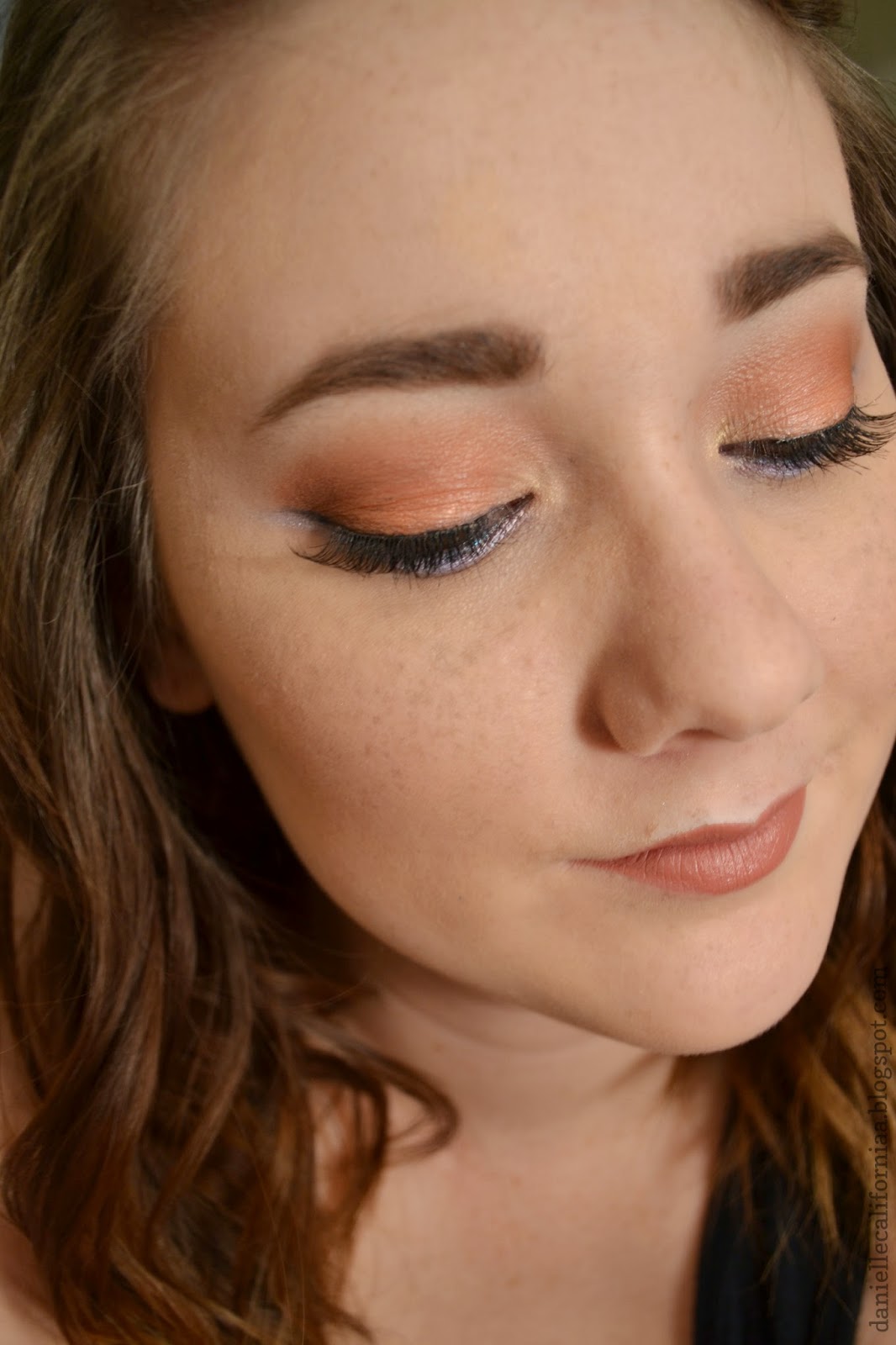 As you can see, I definitely wanted to do a more colorful look, so I had some fun mixing warm and cool colors. That's my favorite part about using my Coastal Scents 252 Ultimate Palette -- it really gives you so much variety when you just wanna have some fun with your makeup! 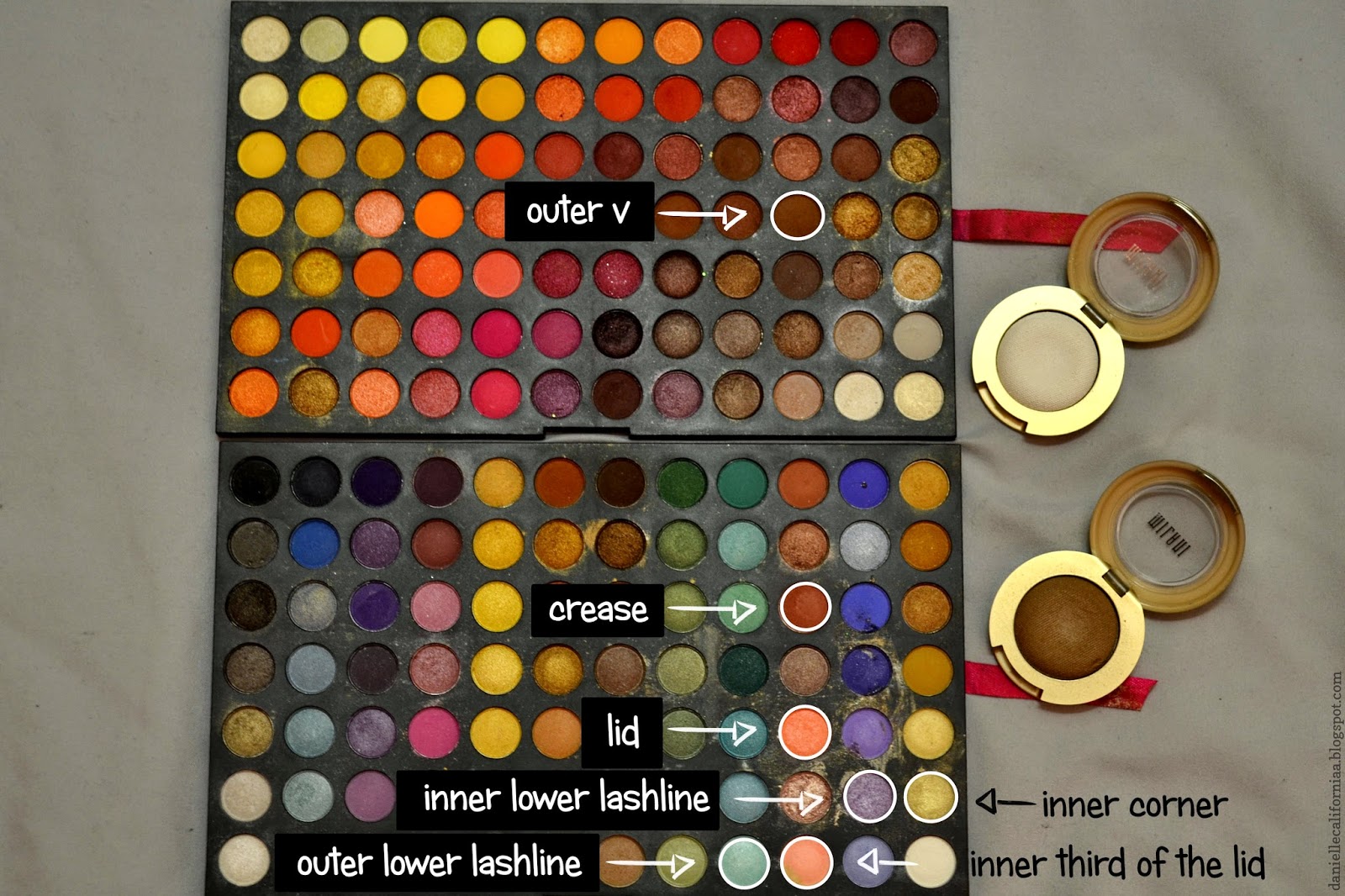 I labeled everything because I can see how this would get a little confusing. To start, I primed my lids with my concealer. This is a great technique because it also helps to reduce any veins or discoloration on your lids. Then, all over the lid, I took the slightly pearlescent corally orange color and placed that all over the lid. At this point I just wanted a general wash of color to get me started. Then, I took the dark caramel color and rocked that lightly in the crease, to help deepen up the crease while helping to add a subtle transition. I really blended that out, then used the darker warm brown color on a pencil brush in the outer V, really buffing it back and forth to help create a lot of depth in the outer corner of the eye. Then, I decided I wanted more dimension in the crease, and I took the Milani Bella Eyes Gel Powder Eyeshadow in "Bella Caffe," and layered that on top of the original caramel color. Because this shadow is more pigmented than the original caramel color, it really helped to add some dimension that the first color couldn't add on its own. Then, I took the light matte coral shade and, using my fingertips, placed that on the inner third of the lid, but not all the way onto the tear duct. 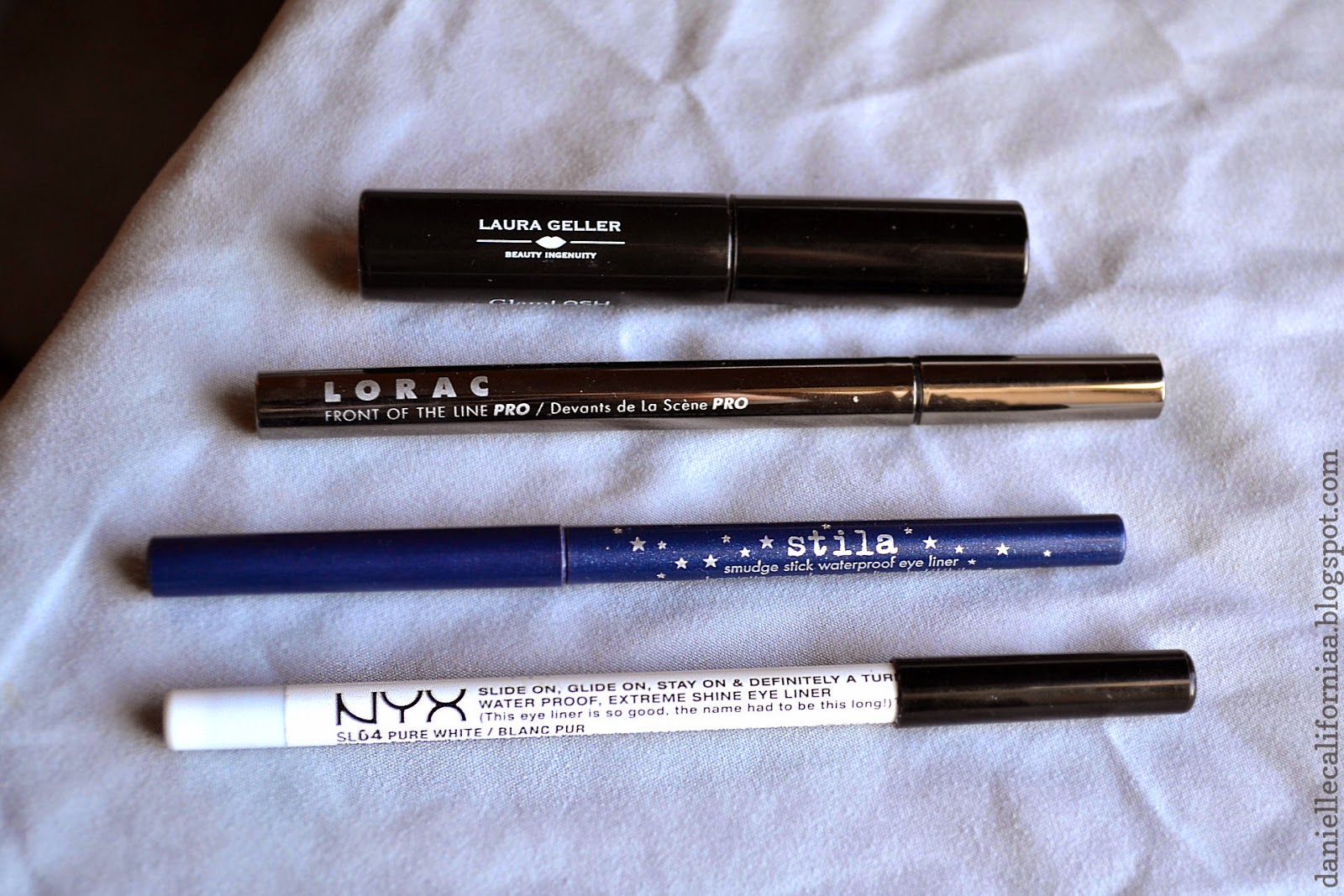 For my lower waterline, I used the Stila Smudge Stick in "Bluefin." If you have sensitive eyes, I do not recommend this liner for the waterline because it has tiny specks of glitter in it! It bothered my eyes a bit at first, but the feeling went away after the liner set. I also took the "Bluefin" liner and applied that to my upper lash line, staying as close to the lash line as possible, before winging it out on the edges. I chose to keep the wing very crisp because I wanted to add a lighter color below it. Because I wanted to use false lashes, I took my Lorac Front of the Line Pro Liquid Liner and created a super thin line just alone the base of the lashes.

Finally, I used the Laura Geller GlamLASH Mascara on both my upper and lower lashes, then used the Andrea Modlash Lashes in "53 Black" to really amp up the glamour! 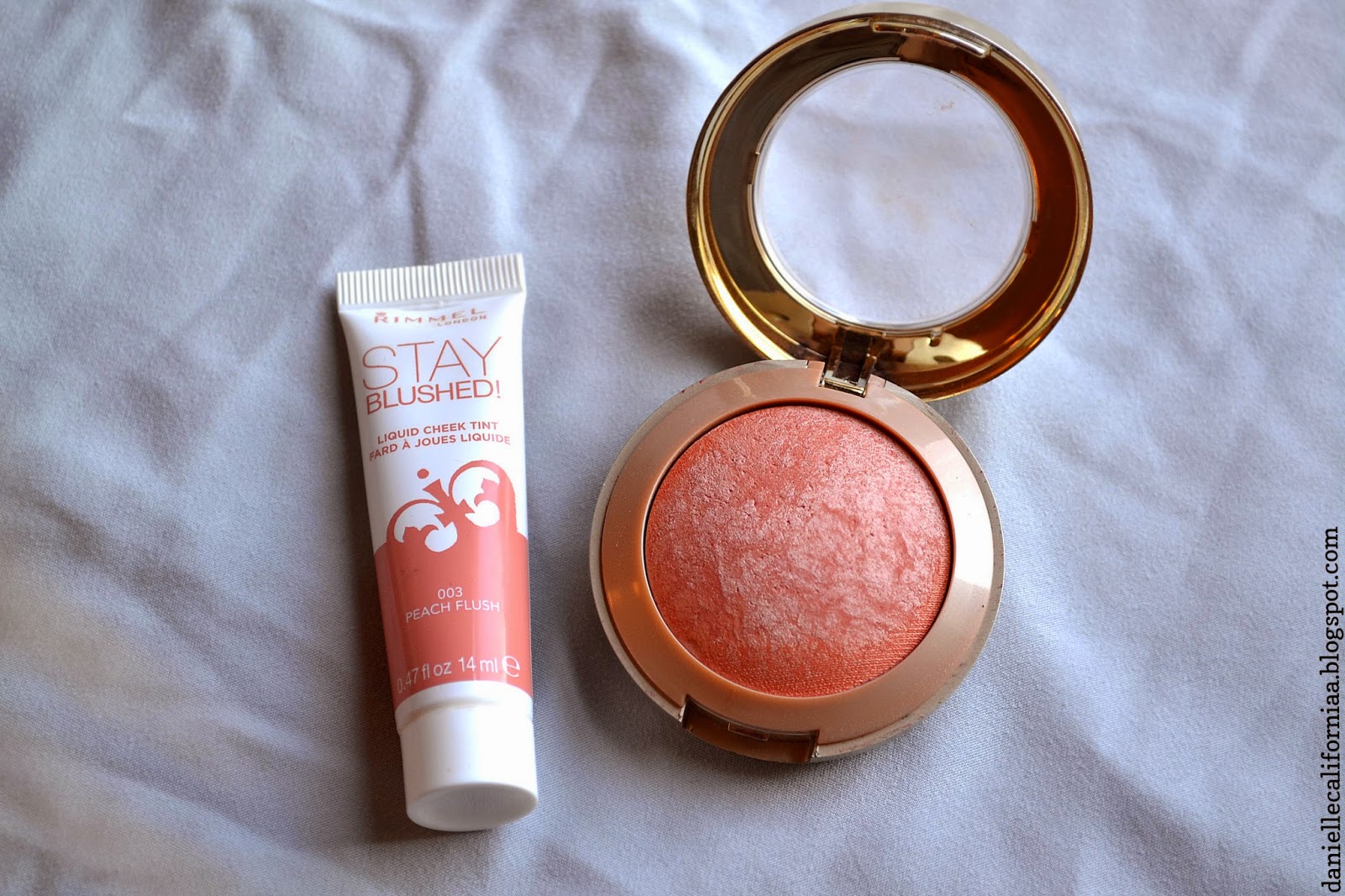 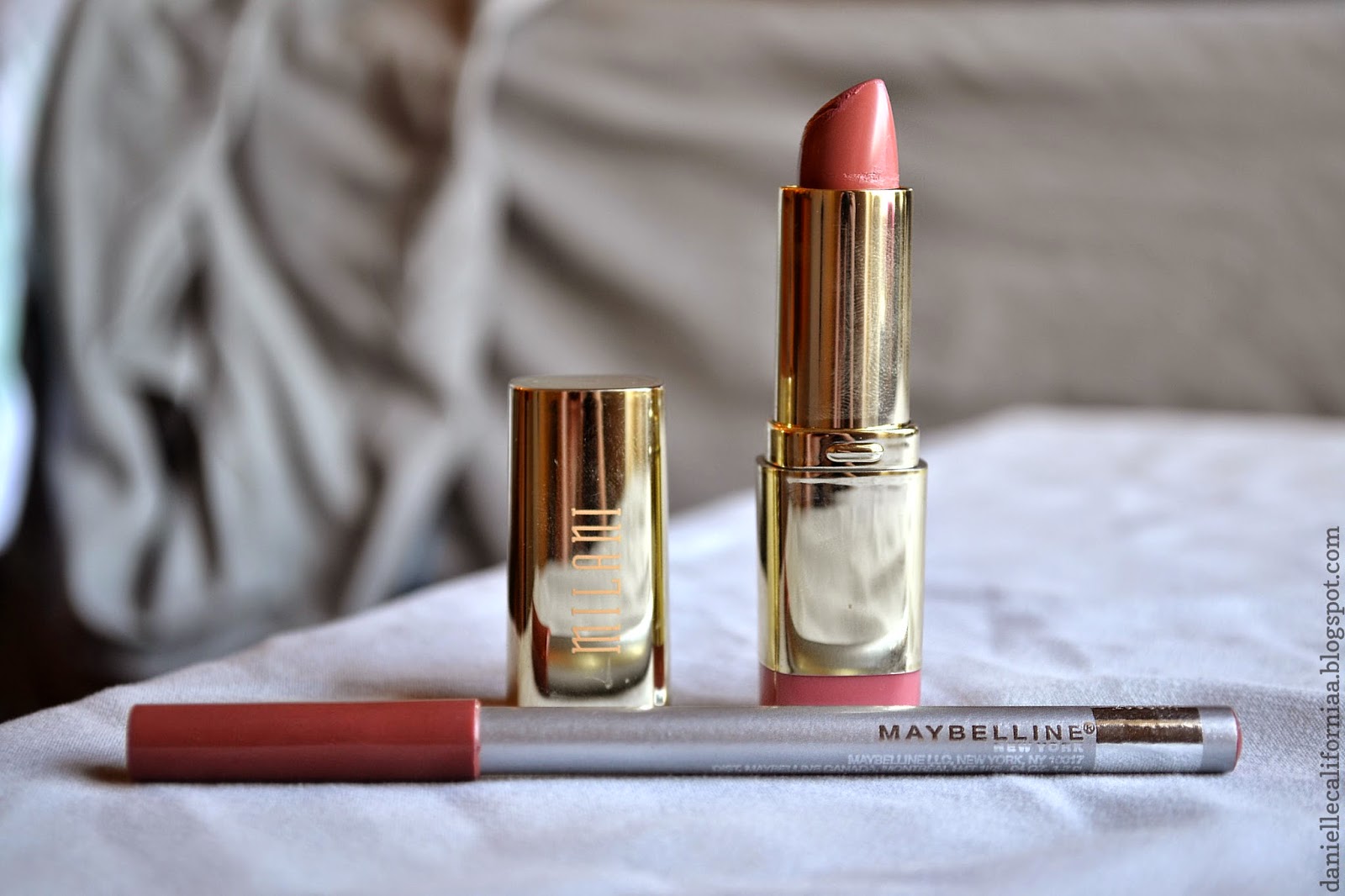 To keep with the coral theme, I used the Rimmel Stay Blushed! Gel Blush in "Peach Flush" as a base, and popped just a bit of Milani's Baked Blush in "Luminoso" on top to add a subtle glow. On my lips, I initially went for a nude, but you really can get super creative with your lips for this look! First, I lined my lips with the Maybelline Lip Liner in "Rose" and topped it off with Milani Color Statement Lipstick in "Nude Creme." 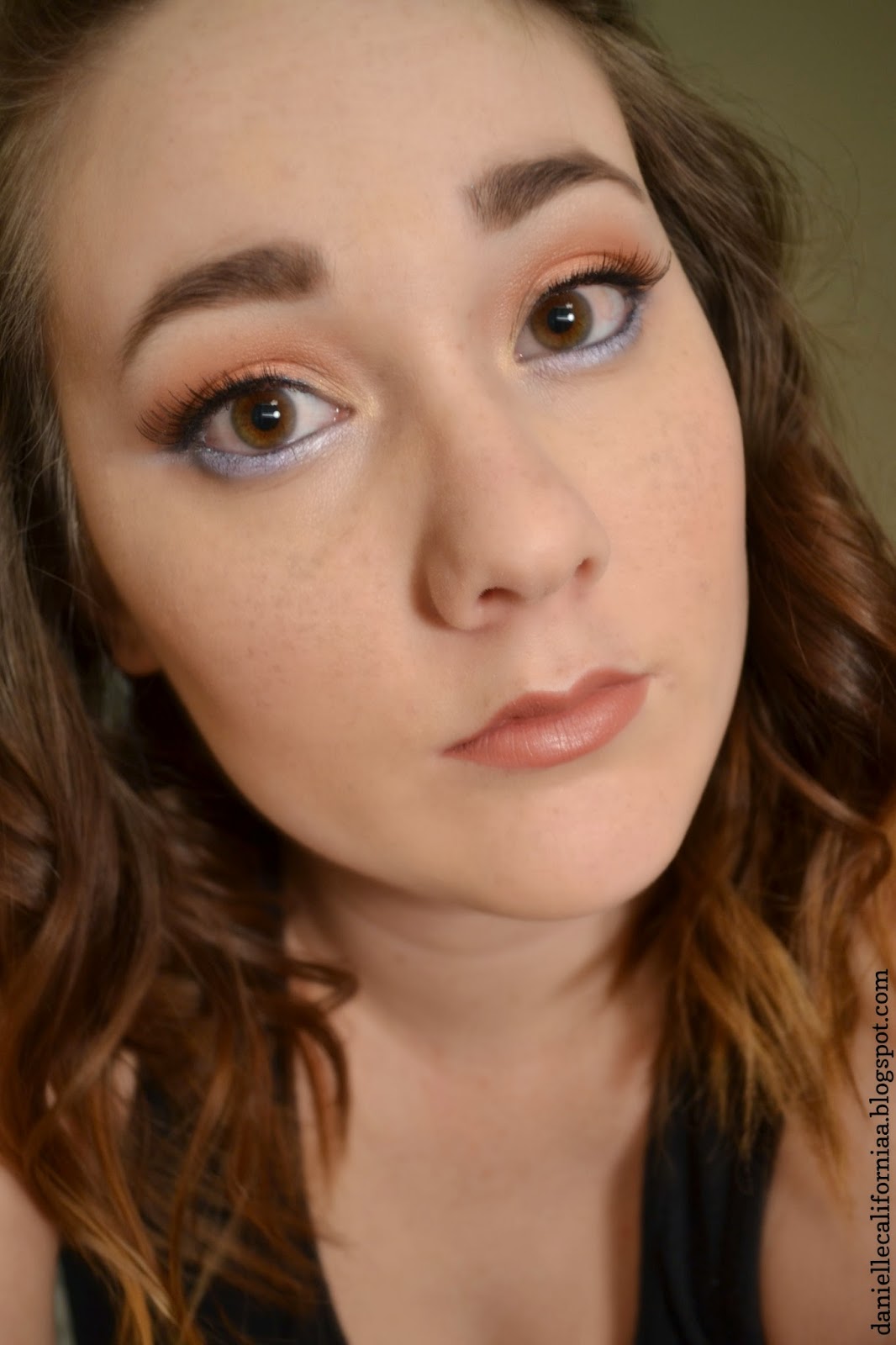 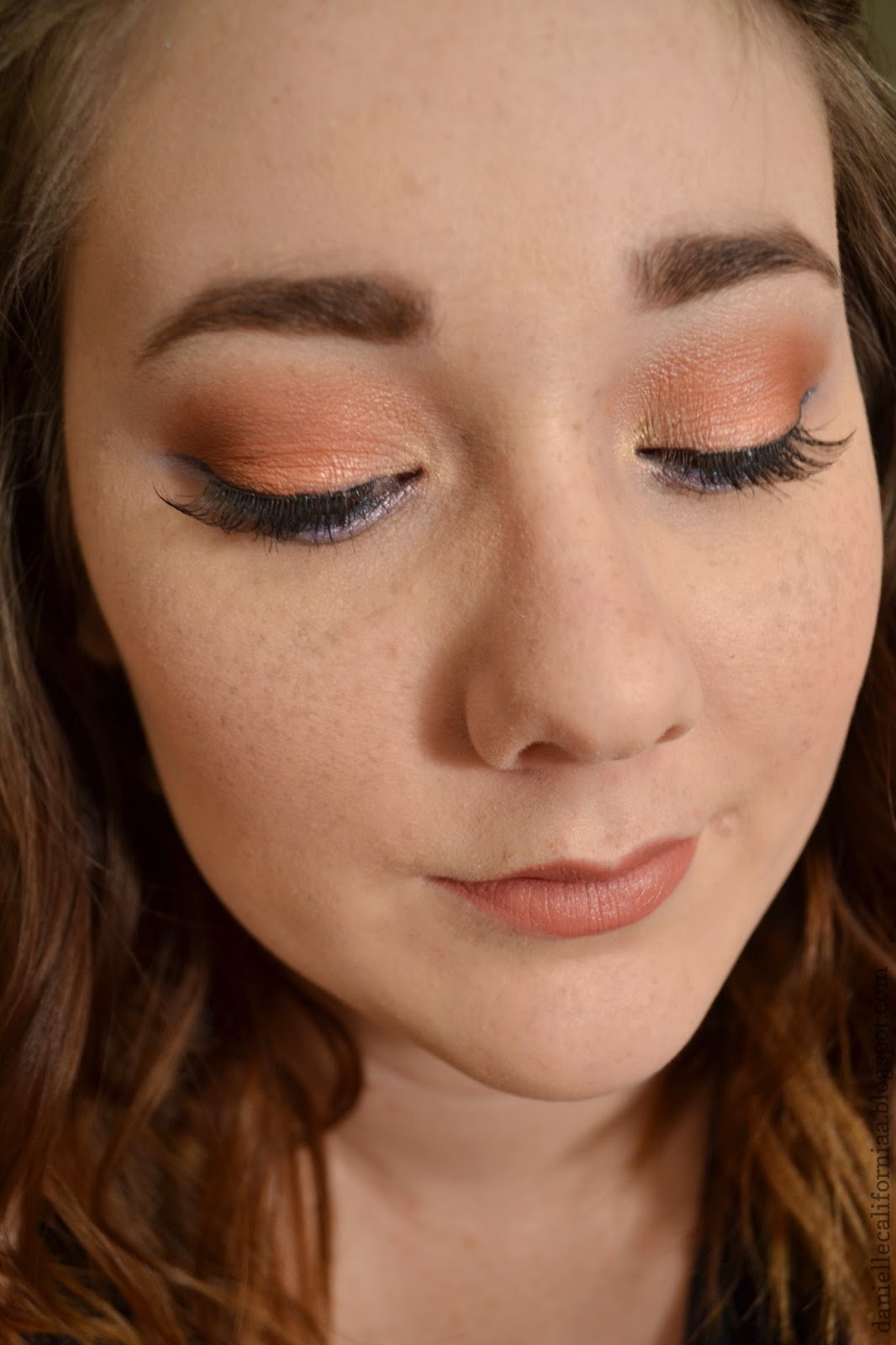 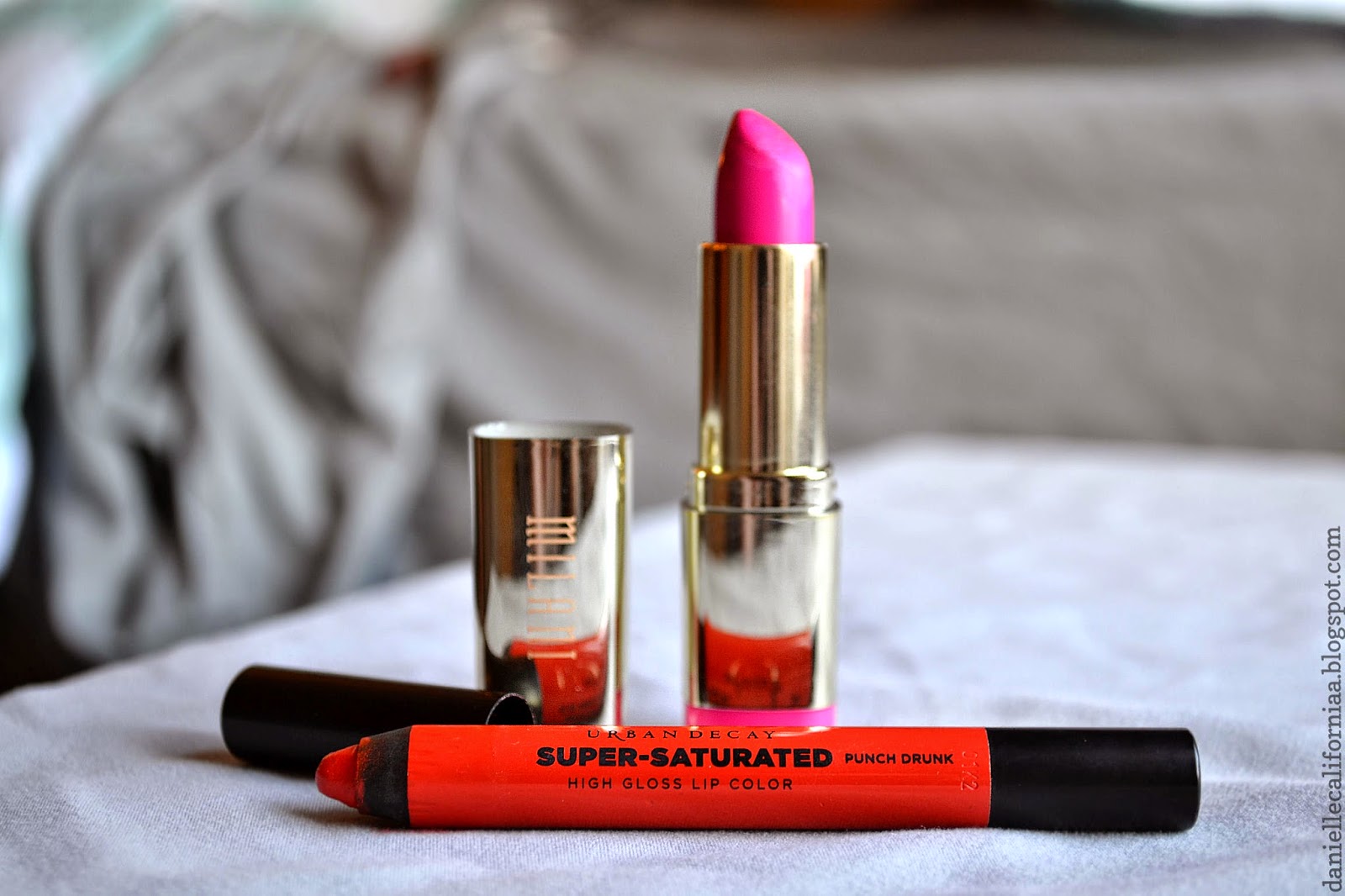 Like I said before, though, you can totally push this look to the next level by adding a bright lip! The lip colors that I played with were Urban Decay Super Saturated Lip Color in "Punch Drunk" (the orange on the left), and Milani Matte Moisture Lipstick in "Matte Diva" (the bright fuchsia on the right). 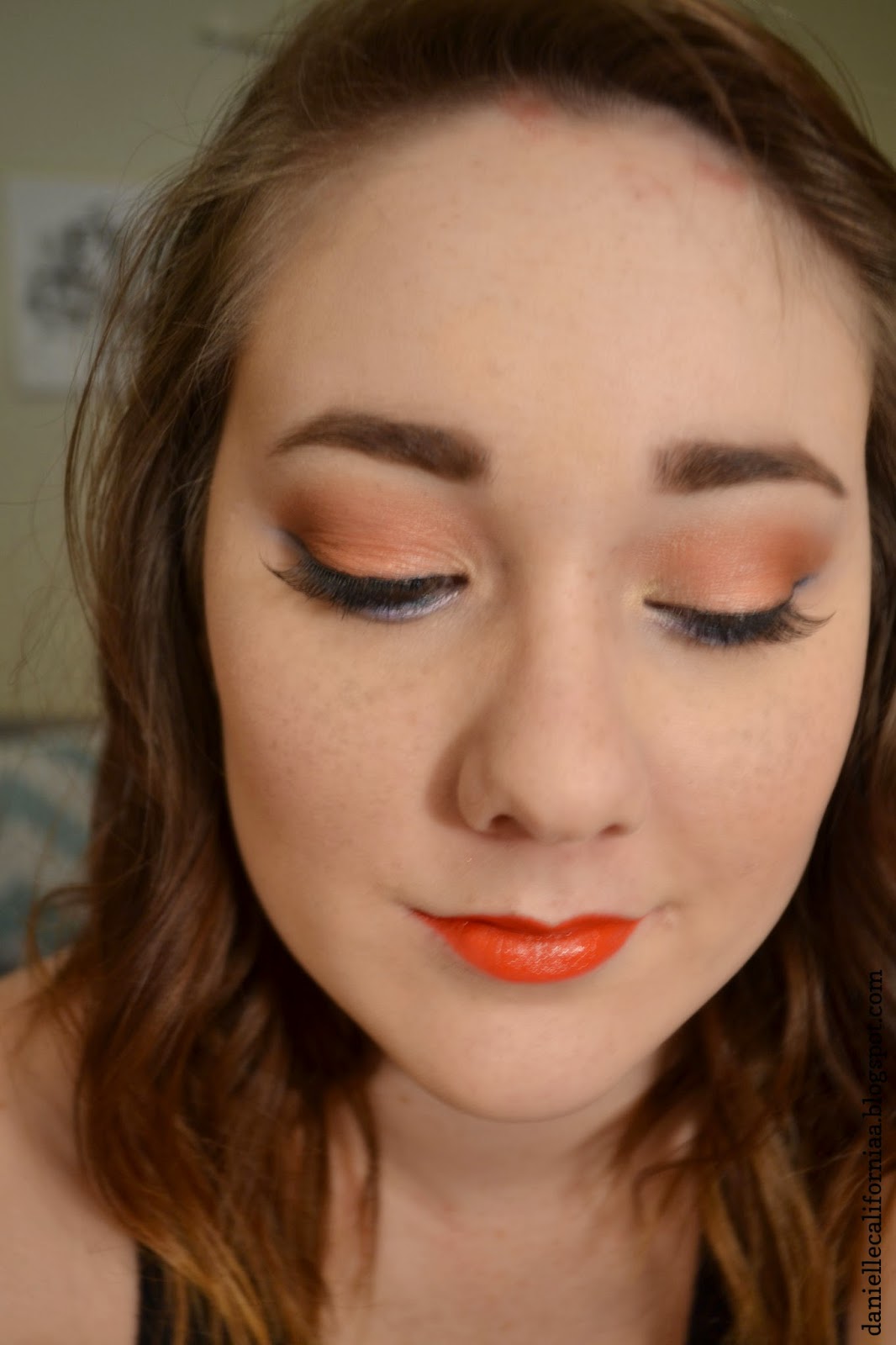 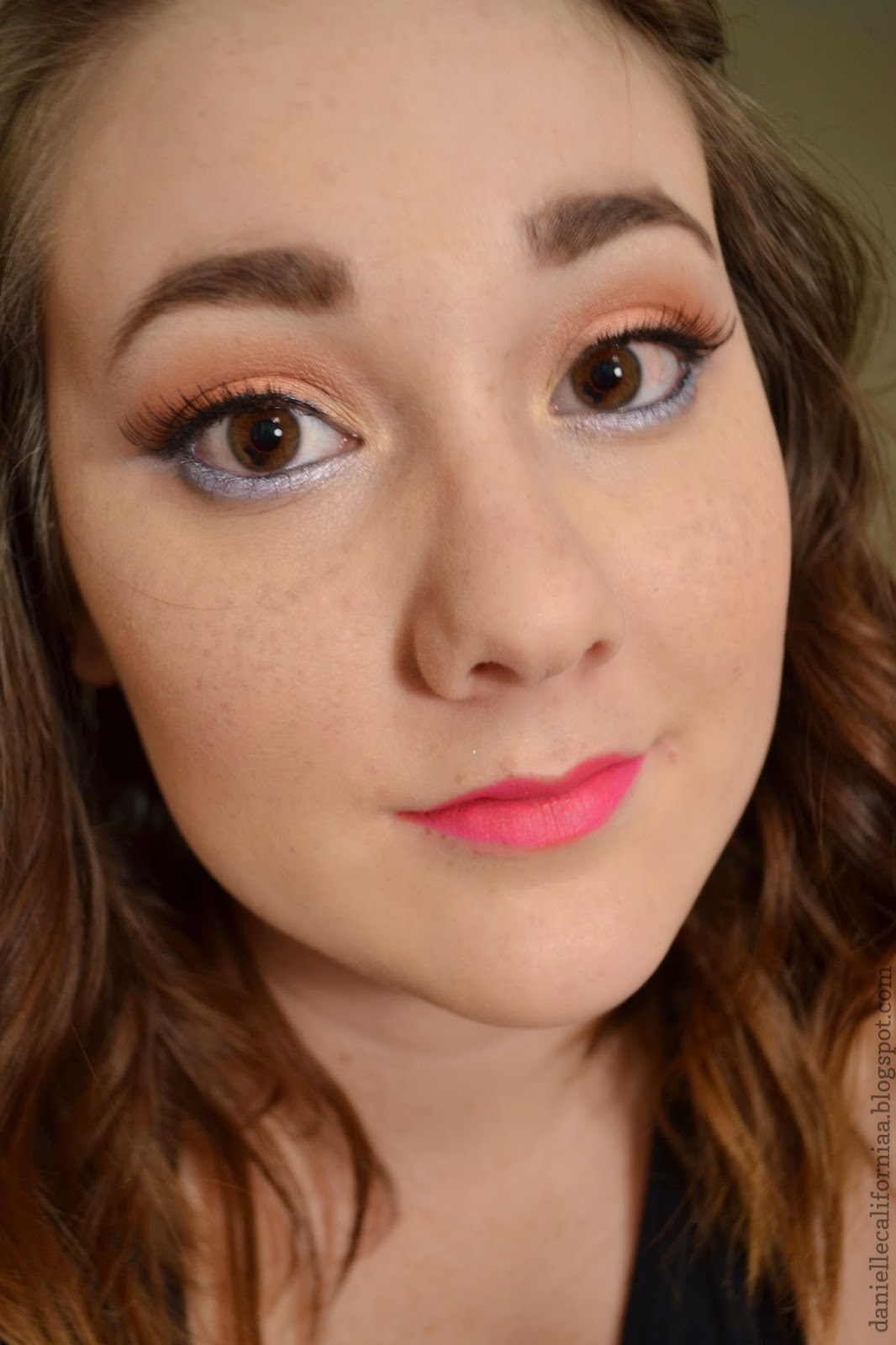 I hope this gets you as in the mood for spring as it's gotten me! I can't wait for the warm weather to start setting in again -- I need some sun!