Nothing excites me more than being able to bust out the dark lipsticks and nail colors. This fall, I finally get to experience a true change in season! While it still hasn't really changed seasons here, it has been raining quite a lot, and I've been wearing sweaters more often than not. Because of all the rain, I've been inspired to do my first fall look of the year! 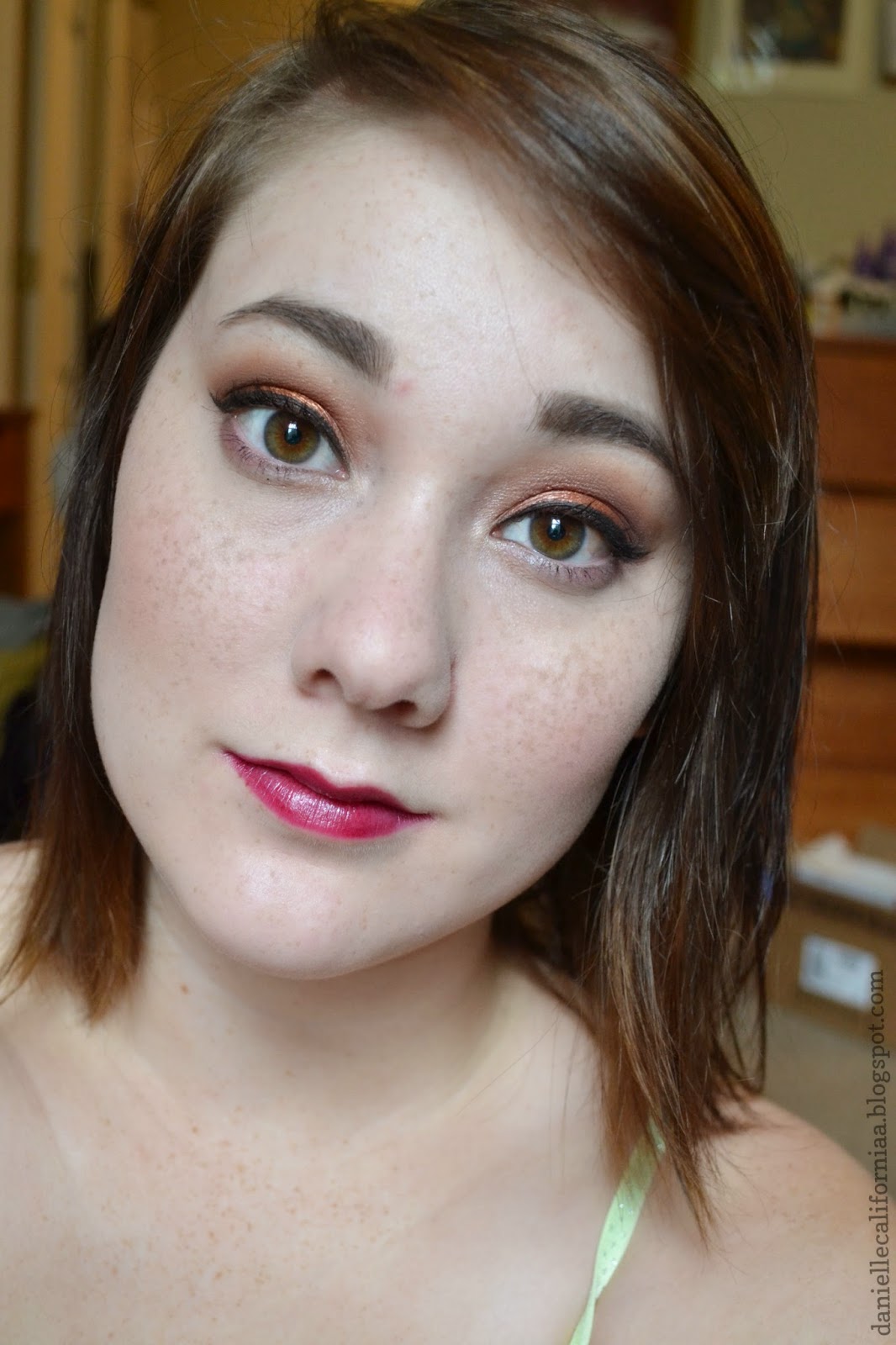 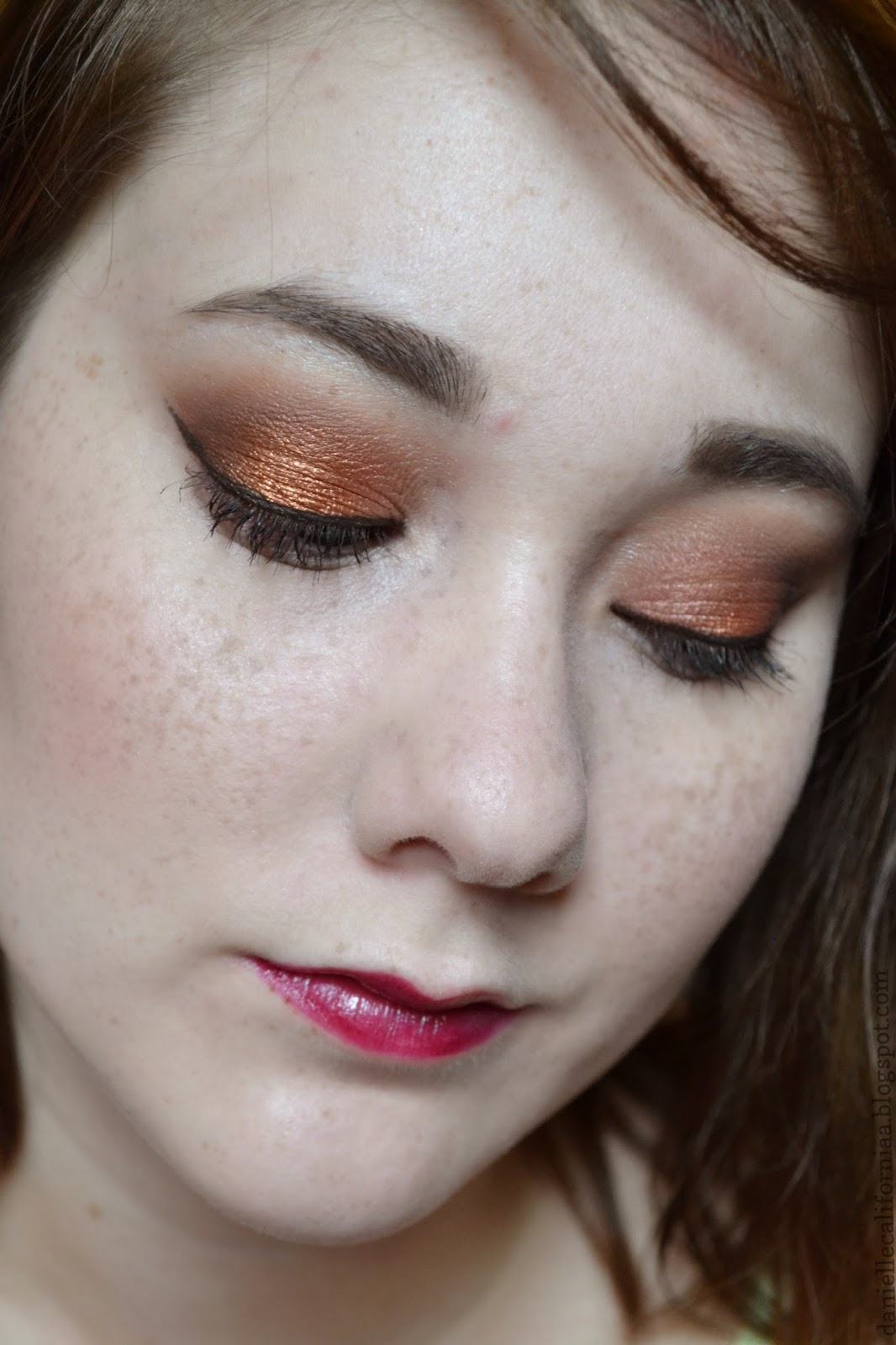 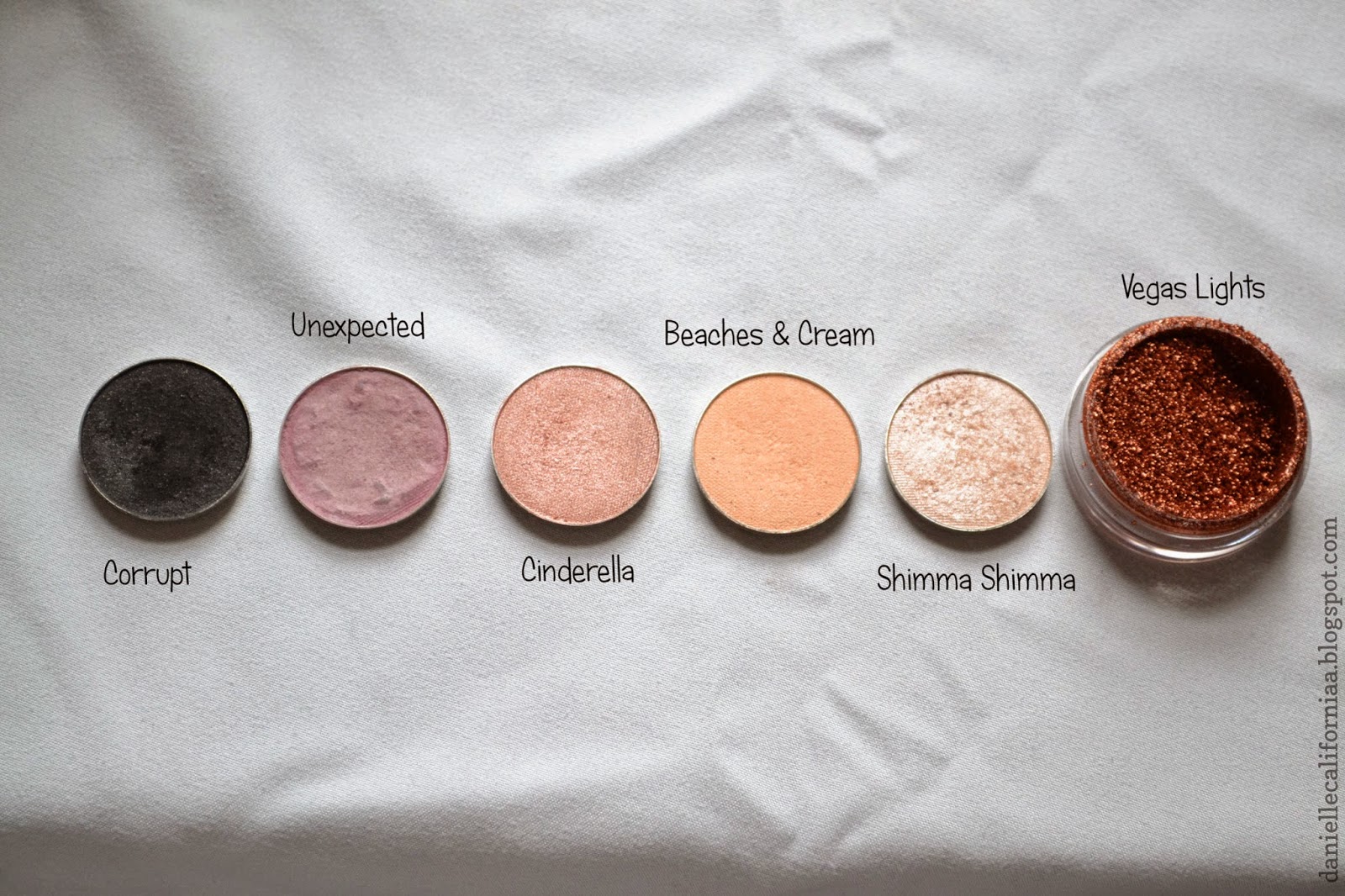 For this look, I used primarily Makeup Geek shadows. Because I was planning on using a pigment all over the lid, I waited until I was finished with the eyes to do my foundation.

I started out using "Beaches and Cream" all over the lid, to ensure everything would blend together easily. Then, I went straight in with "Vegas Lights" on a wet flat brush, and painted the foiled pigment all over the mobile lid, stopping at the inner third. While applying "Vegas Lights," I made sure to use a tissue under the eye to catch any potential fall out, to make clean up much easier in the long run. When using this pigment wet, it is much harder to blend out, which is why we used "Beaches and Cream" as a base color. After "Vegas Lights" dried down a bit, I took a fluffy brush and began to blend the edges of the color. If there was any spot that was particularly difficult to blend, I took a mix of "Beaches and Cream" and "Unexpected," and blended it into the crease.

Once I was happy with the blended pigment, I took "Unexpected" on a stiff domed brush and blended this into the crease to add depth to the eye. Because it wasn't coming out quite as deep as I had hoped, I took "Corrupt" on a pencil brush and added it into the outer corner, as well as into the crease. I then took "Cinderella" and filled in the inner third of the lid. To finish off the eyeshadow, I took "Unexpected" on a small pencil brush and blended it along the outer two-thirds of the lower lashline, and placed "Shimma Shimma" on the inner corner and along the inner third of the lower lashline. I also used "Shimma Shimma" lightly under the browbone as a highlight. 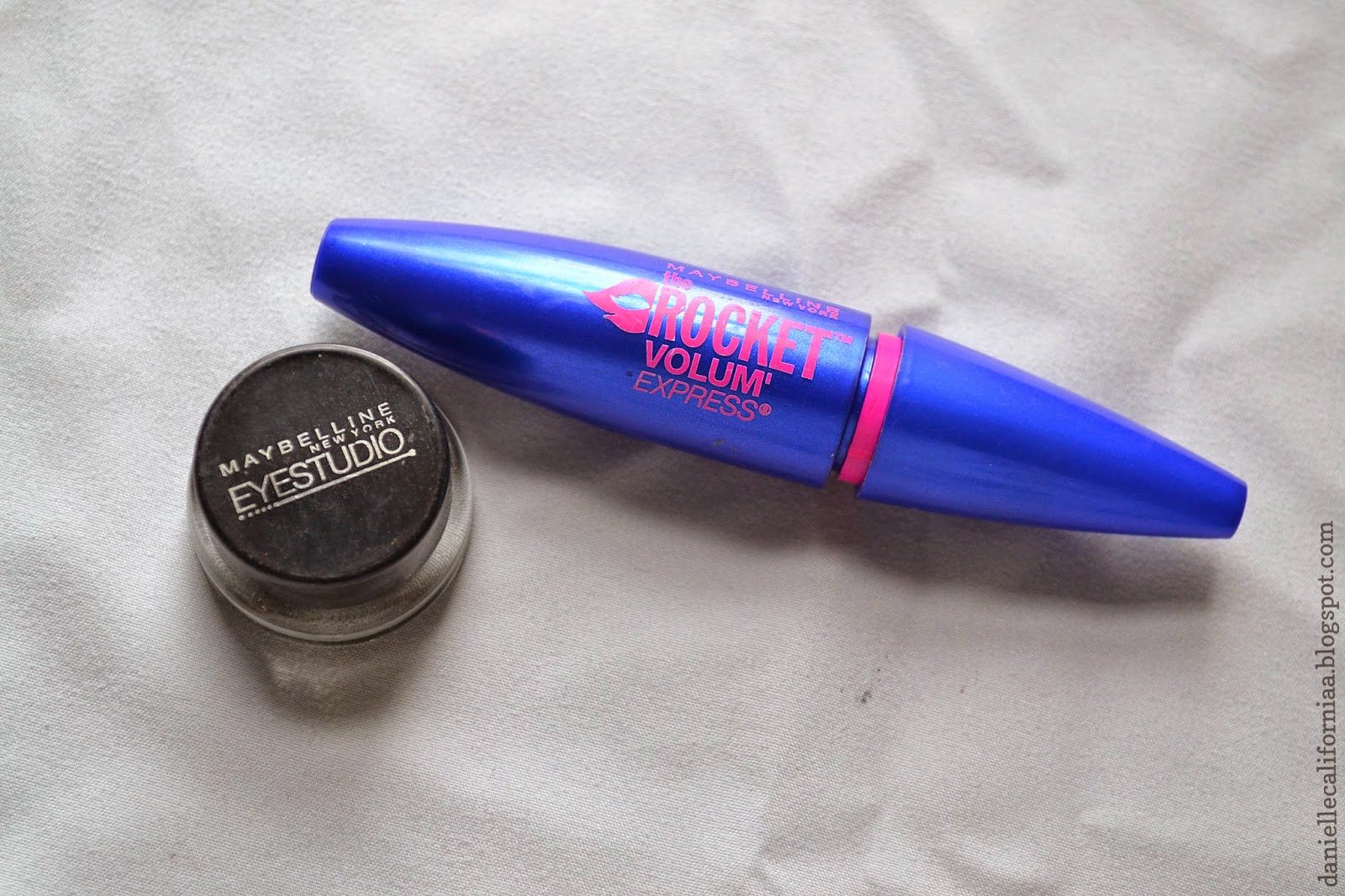 To complete the eyes, I took a cotton swab with some makeup remover, and really sharpened the outer edge of the eye makeup, before applying my Maybelline Eye Studio Gel Liner in "Blackest Black" to create a crisp winged liner, which you can find a tutorial for here. I then curled my lashes and applied Maybelline's The Rocket Mascara on both my upper and lower lashes. 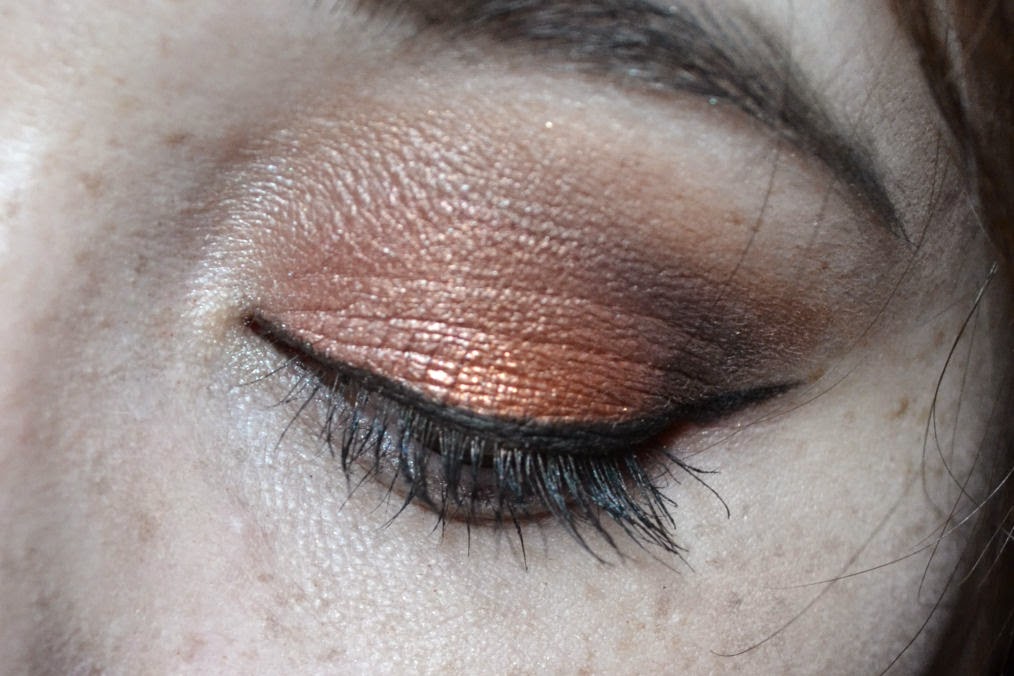 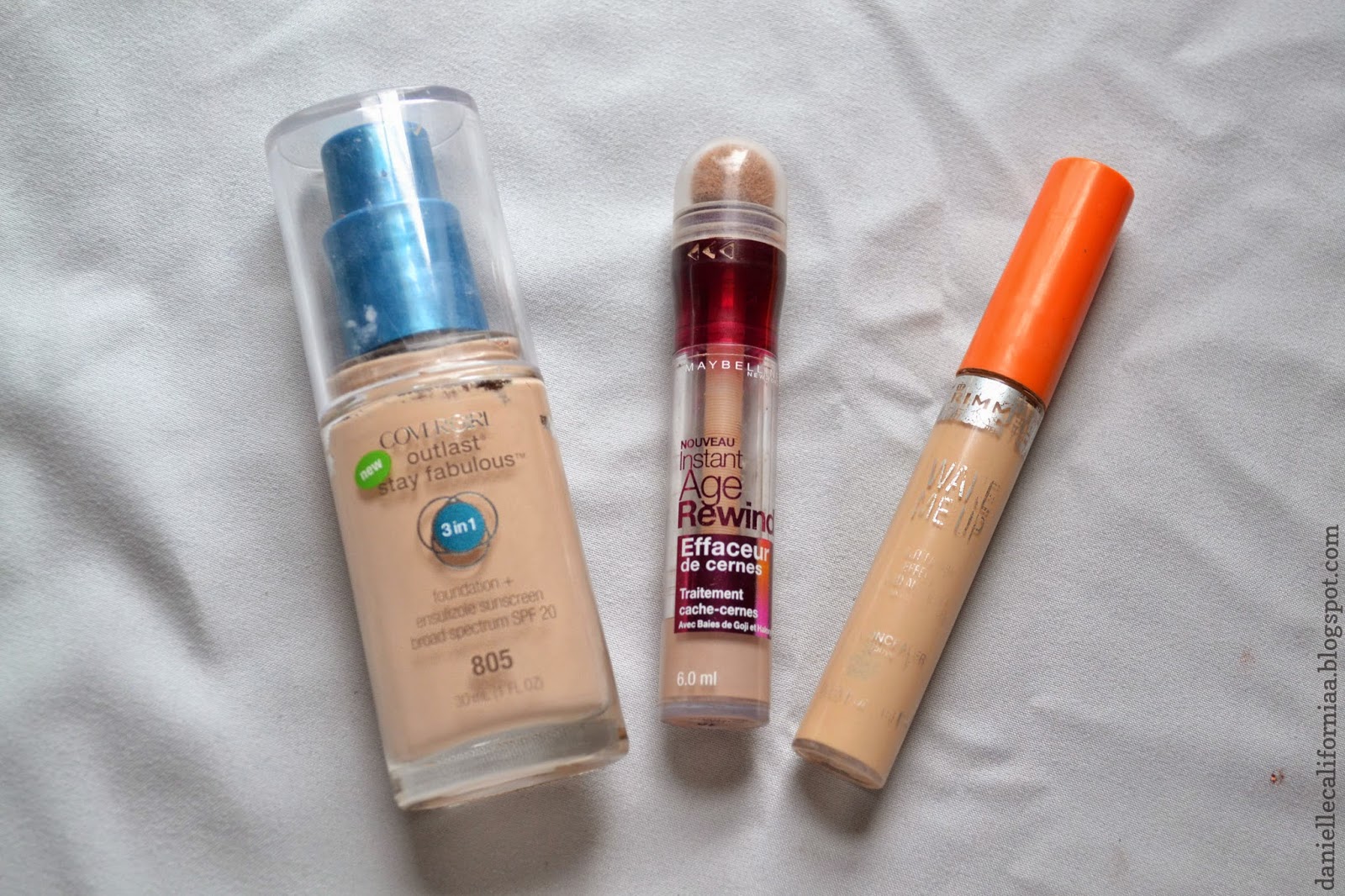 Now that the eyes were finished, I moved onto my skin. Before even starting my skin, though, I made sure to wipe off any fall out from the eyes. Then, I used my CoverGirl Outlast 3-in-1 Foundation with my Beauty Blender, to achieve a medium coverage. Blast-from-the-past time, I decided to use my Maybelline Instant Age Rewind Concealer to cover up any darkness under the eyes, and then I used my trusty Rimmel Wake Me Up Concealer to conceal any blemishes or redness on my skin. 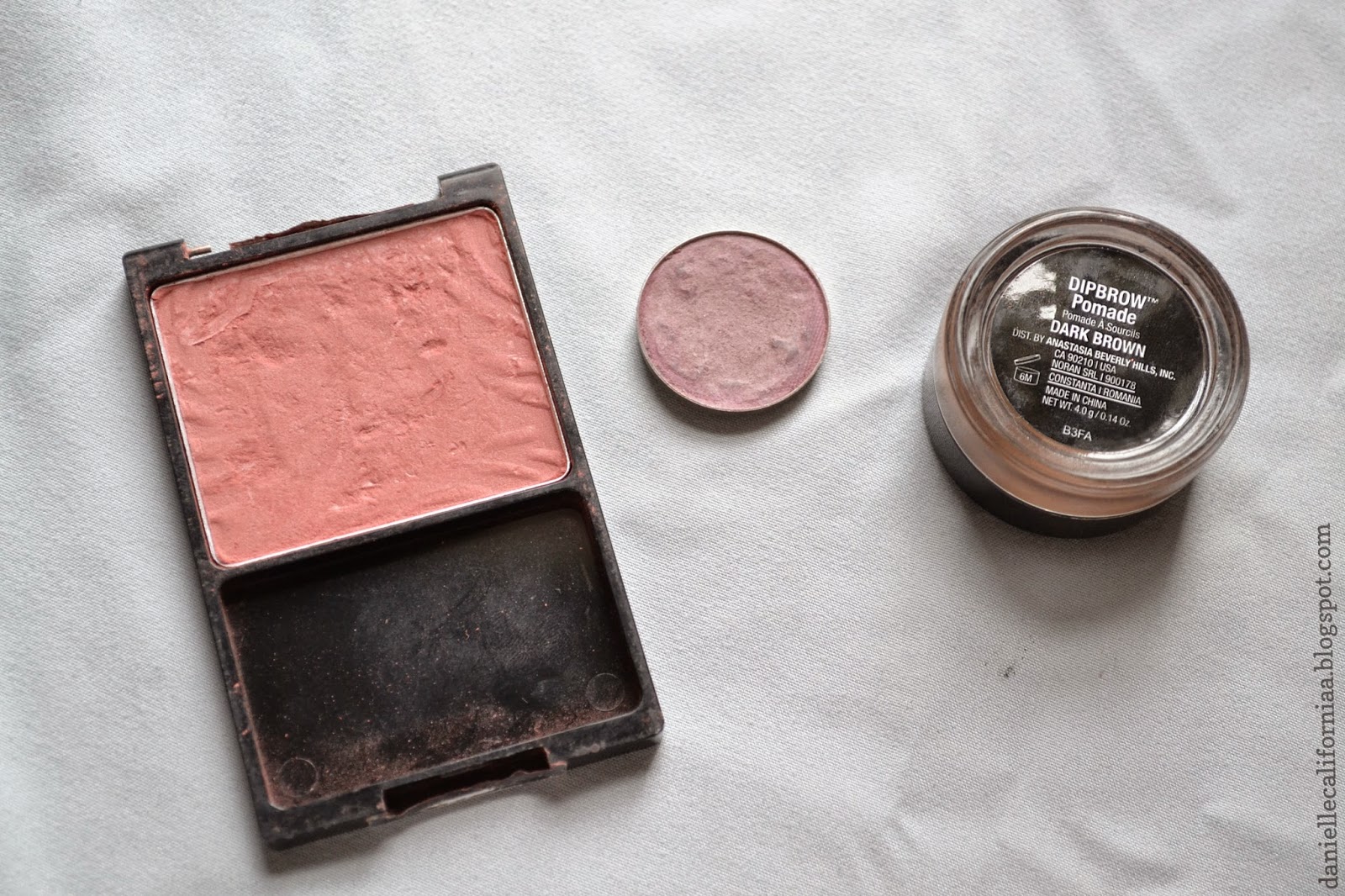 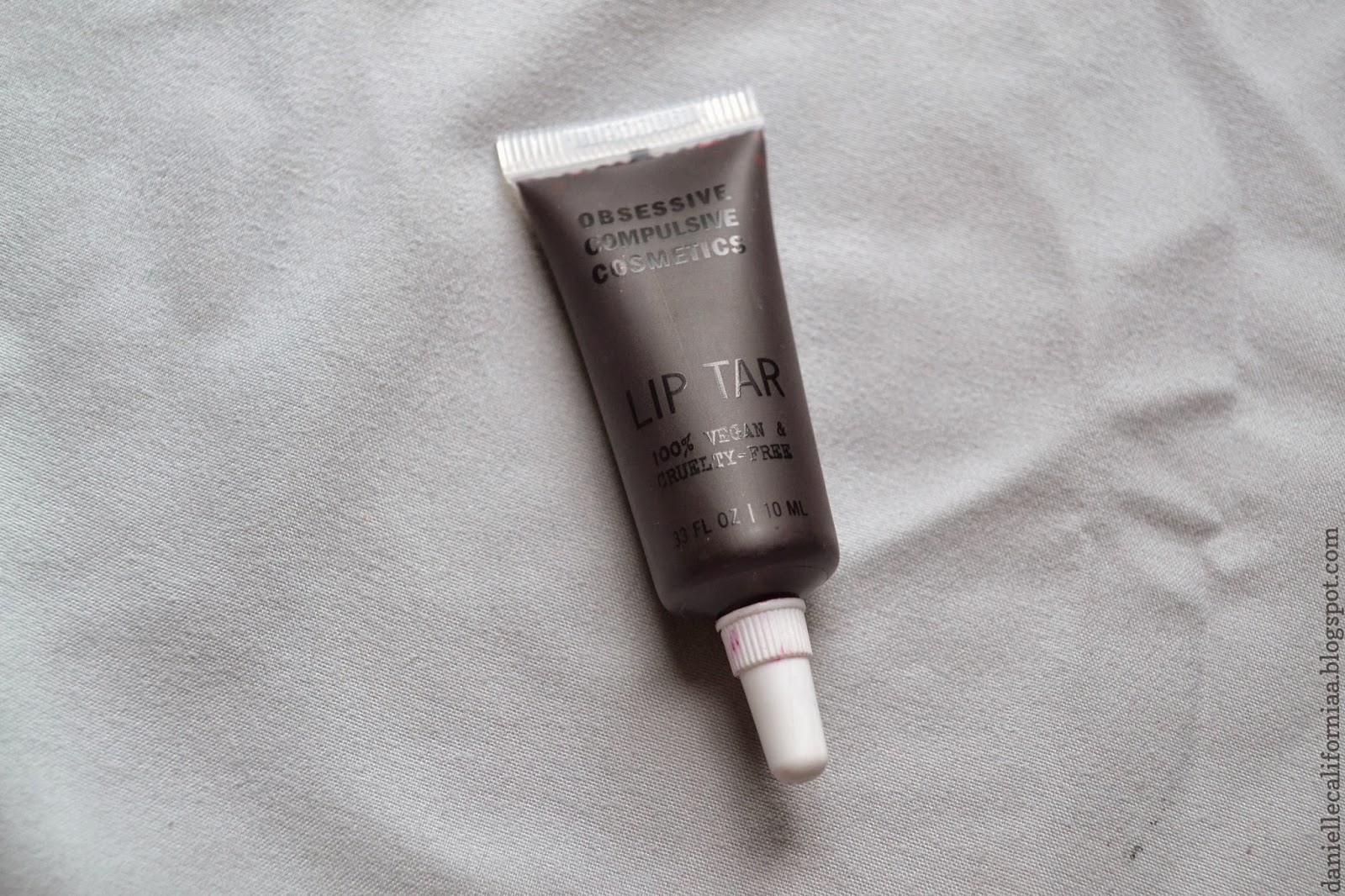 For my blush, I brought out another old favorite (as you may be able to tell...it's very well-loved), and used the Wet n Wild Color Icon Blusher in "Mellow Wine." To double up products, I used "Unexpected" in the hollows of my cheeks as a contour shade. On my brows, I used the Anastasia DipBrow Pomade in "Dark Brown." Finally, to really complete this fall look, I used the OCC Matte Lip Tar in "Black Dahlia" all over the lips! 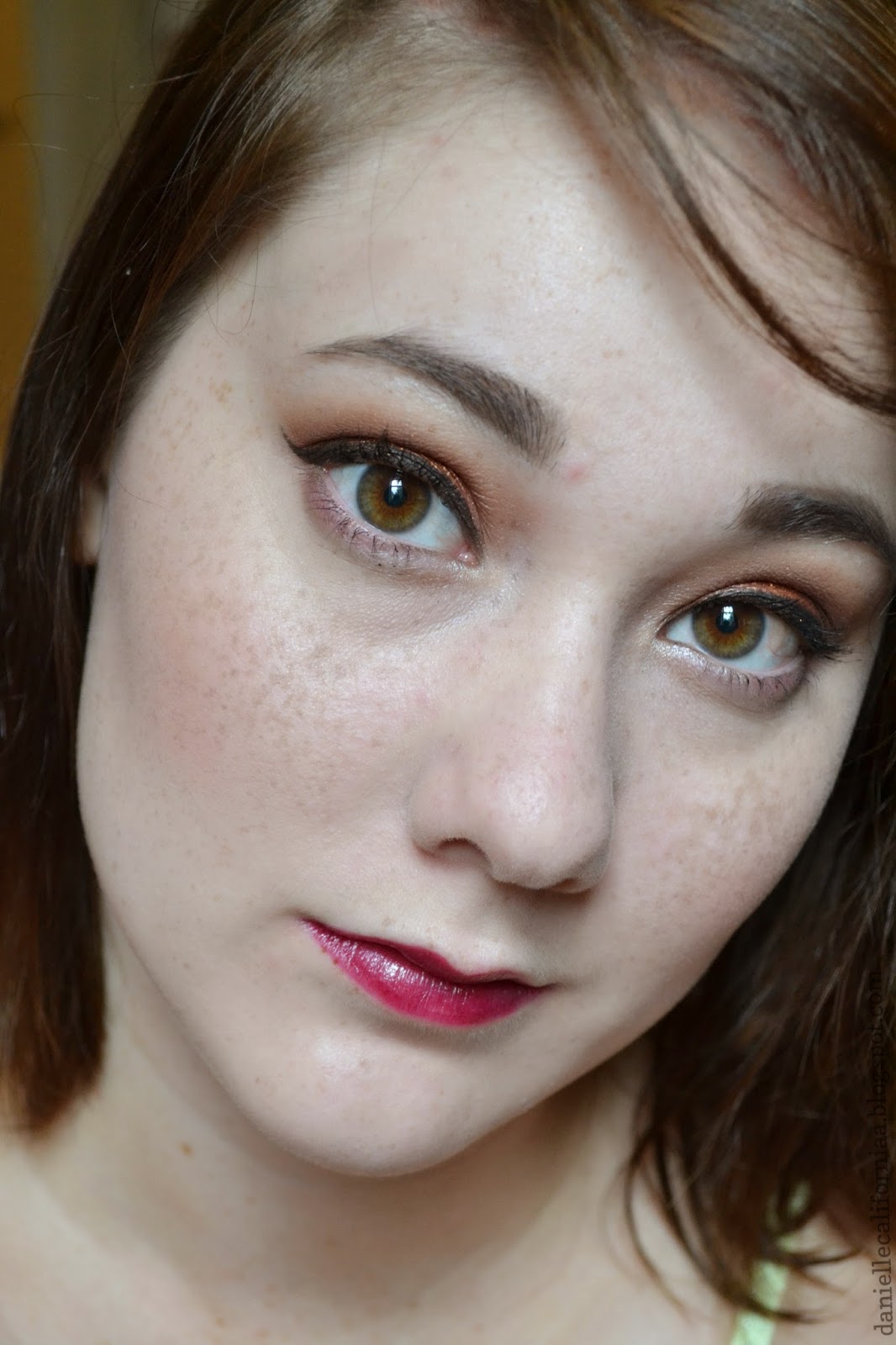 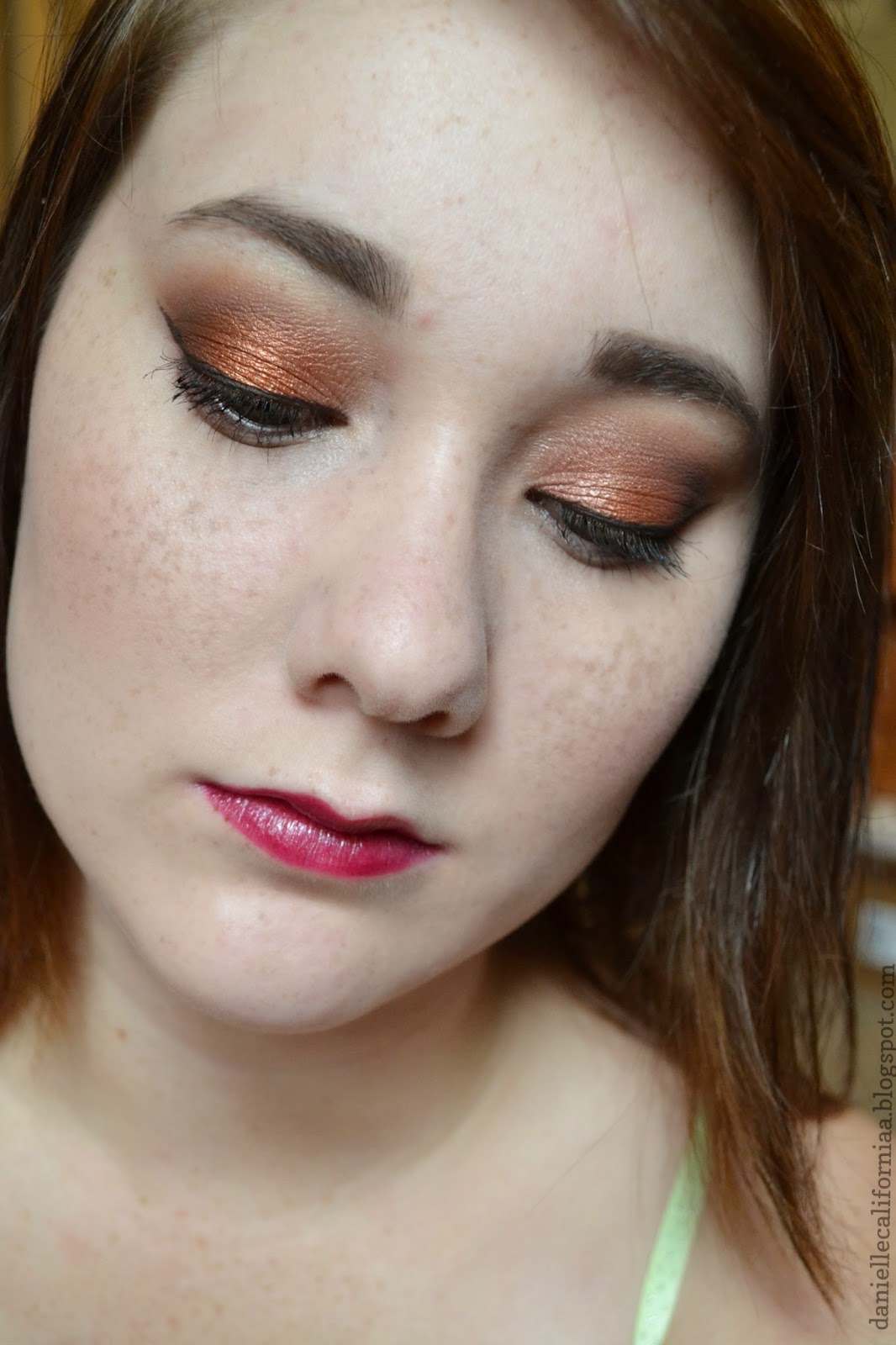 That's it for this look! I couldn't think of a creative title for this, so "Coppery Fall Eyes" will have to do for now. If you can think of a better name for this look, let me know in the comments below!